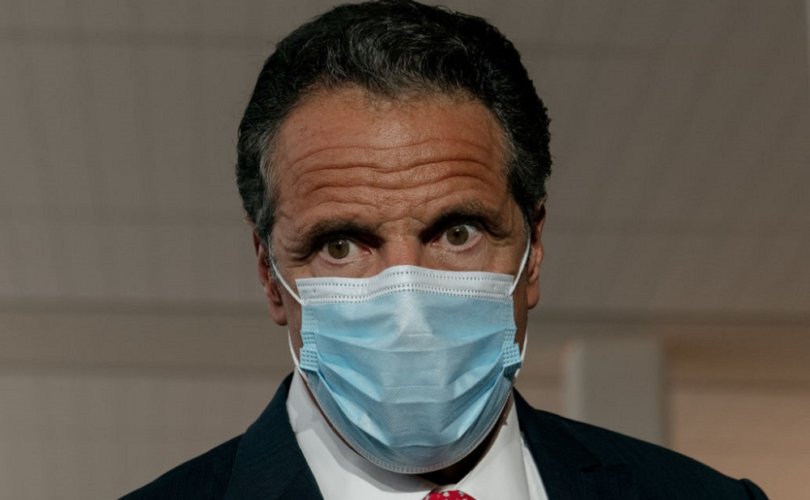 SYRACUSE, New York, June 12, 2020 (Thomas More Society) — New York’s Governor Andrew Cuomo, his Attorney General Letitia James, and New York City Mayor Bill de Blasio are being sued by two Catholic priests from upstate New York and a trio of Orthodox Jewish congregants from Brooklyn for violation of civil rights by prejudicial orders and selective enforcement. The federal lawsuit, filed June 10, 2020, in United States District Court for the Northern District of New York, charges the governor, attorney general, and mayor with violating the plaintiffs’ rights to free exercise of religion, freedom of speech, assembly and expressive association, and due process, under the First and Fourteenth Amendments to the U.S. Constitution. Governor Cuomo is also accused of acting against New York state law and the New York State Constitution. Senior Judge Gary L. Sharpe has ordered the defendants to file a response by noon (Eastern) on June 15, 2020.

Thomas More Society Special Counsel Christopher Ferrara explained the key points of the lawsuit: “These orders, both the emergency stay-home and reopening plan declarations, clearly discriminate against houses of worship. They are illegally content based, elaborate, arbitrary and pseudo-scientific. The governor and his agents, along with New York City’s mayor have employed favoritism and political platforms against people of faith.” He noted that, in addition to the unconstitutional and discriminatory nature of Governor Cuomo’s orders, and Attorney General James’ and Mayor de Blasio’s enforcement thereof, the “so-called science” is irrational. “Why is a large worship gathering deemed more dangerous than a mass protest, full of shouting, arm-waving people in close proximity to one another?”

The question points to what the plaintiffs view as particularly egregious — the blatant double standard that Cuomo and de Blasio have applied. During the time that religious worship services have been banned or restricted, mass protests have gone unchecked. On June 4, de Blasio, not wearing the face mask he requires of others, attended and addressed a mass political gathering at New York City’s Cadman Plaza. Neither the ten-person limit nor the social distancing he and Cuomo prescribe for “non-essential gatherings” were observed at the rally. Days later, in Williamsburg, New York, a small group of Hasidic Jewish children was kicked out of a park by a police officer enforcing Cuomo’s and de Blasio’s ten-person limit on “non-essential gatherings.” In late April, de Blasio had threatened the Jewish community with arrests and prosecutions for “illegal” mass religious gatherings and personally appeared on the scene to ensure the New York Police Department’s dispersal of a Jewish funeral gathering.

New York theaters that are supposed to be closed until the yet to occur “Phase Four” of Cuomo’s reopening plan have opened their premises to protestors for rest, wi-fi use, bathroom visits, and provision of water and snacks — with instructions to keep police out of the premises. There has been no objection or interference by de Blasio or Cuomo in these operations that conflict with the same executive orders used to disrupt and deny religious worship gatherings.

“It is time to end New York’s experiment in absolute monarchy,” said Ferrara. “We are asking the court to put an end to these unconstitutional executive orders and their prejudicial enforcement.”

The complaint details many abuses, including: