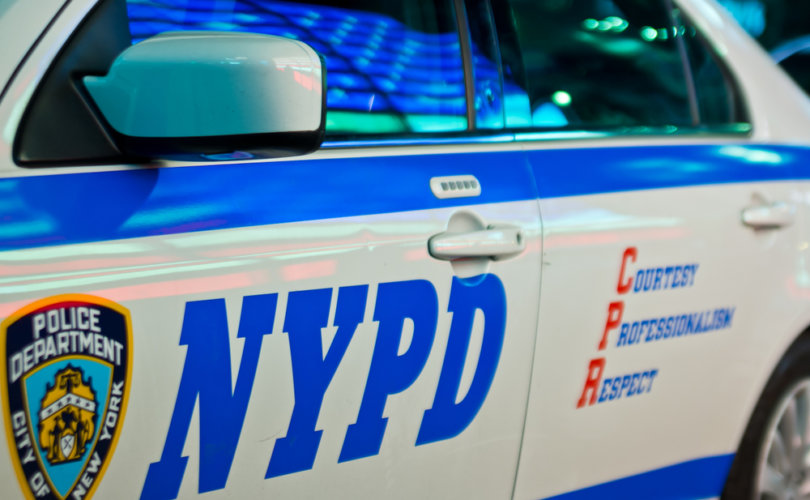 NEW YORK CITY, May 6, 2020 (LifeSiteNews) – The Police Benevolent Association (PBA), the largest law-enforcement union in the Big Apple, has come out against New York politicians’ priorities in handling the COVID-19 outbreak, arguing that police need to be let “out of the social distancing enforcement business.”

“The cowards who run this city have given us nothing but vague guidelines and mixed messages, leaving the cops on the street corners to fend for ourselves,” PBA president Patrick Lynch declared, the New York Post reports. “Nobody has a right to interfere with a police action. But now that the inevitable backlash has arrived, they are once again throwing us under the bus.”

At the same time, he continued, city leaders are “still watering down our laws, releasing real criminals and discouraging proactive enforcement of fare evasion and quality of life issues.”

“As a result, our subways are in chaos and we have hero nurses getting mugged on their way to our hospitals,” Lynch said, “As the weather heats up and the pandemic continues to unravel our social fabric, police officers should be allowed to focus on our core public safety mission. If we don’t, the city will fall apart before our eyes.”

“This situation is untenable: the NYPD needs to get cops out of the social distancing enforcement business altogether,” he urged.

As of Wednesday morning, the United States is estimated to have seen more than 1.2 million cases of COVID-19, with 72,695 deaths and 201,879 recoveries. Roughly a third of those numbers come from the state of New York, which has been hit harder than anywhere else in the US.

State and city leaders have come under fire for the extent of their efforts to keep New Yorkers in their homes, such as Democrat Mayor Bill de Blasio’s declaration that it was “absolutely unacceptable” for Jews to gather for Rabbi Chaim Mertz’s funeral, in violation of “social distancing” edicts, and that continuing to do so would be grounds for arrest.

At the same time, critics argue that New York has failed to take the steps that would have made the biggest difference. The densely-packed subway system remained open as the crisis grew, with de Blasio and Democrat Gov. Andrew Cuomo only last week announcing nightly shutdowns for cleaning. Further, the state health department forced nursing homes to readmit residents diagnosed with COVID-19, sending contagious people back into the most vulnerable segment of the population.