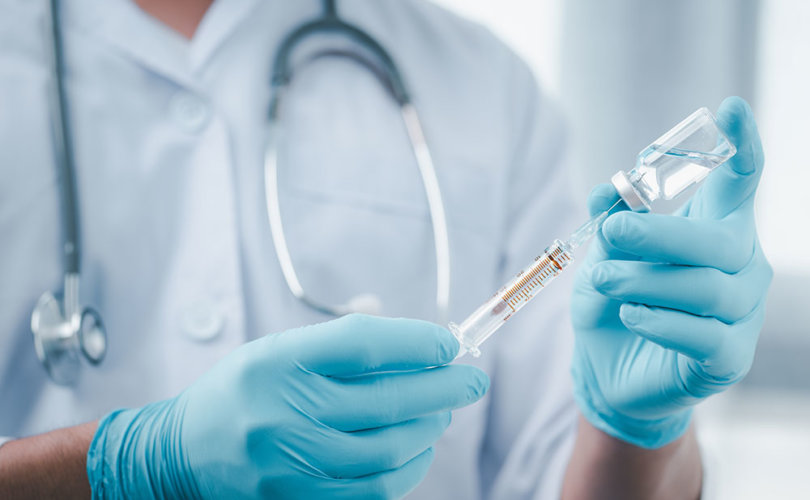 According to a local report from last week, State Supreme Court Judge Gerard Neri ruled that the state’s health department “overstepped their authority by sidestepping the Legislature and making permanent the mandate meant to limit transmission of Covid in hospitals and healthcare facilities,” which makes this mandate now “null, void, and of no effect.” This ruling sided with Medical Professionals for Informed Consent, a group of healthcare workers who lost, or were at risk of losing, their jobs because of the permanent mandate.

Neri also explained that the state does not have the authority to permanently mandate a vaccine outside of what public health law has approved, such as mumps or measles.

The COVID-19 jab order was originally enacted in August 2021 under then Gov. Andrew Cuomo. In November 2021, some New York healthcare workers were fired for not complying with the mandate “after losing their religious exemptions,” as exemptions were revoked by a court ruling that affected approximately 16,000 state healthcare workers. By December 2021, over 30,000 healthcare employees had been“terminated, furloughed or forced to resign because they would not comply with the mandate.”

The COVID shot mandate was made permanent by the health commissioner under current Gov. Hochul in June 2022, who argued that it “was not irrational or unreasonable.”

This permanent mandate enacted last summer was titled “Prevention of COVID-19 transmission by covered entities.” Neri labeled this contradiction as being made in “true Orwellian fashion,” as the “Respondents acknowledge then-current COVID-19 shots do not prevent transmission.”

Children’s Health Defense (CHD) financed the lawsuit for the plaintiffs. Mary Holland, the President of CHD, celebrated the win, stating that these mandates “at this stage, given current knowledge, [are] arbitrary.”

“We hope that this decision will continue the trend towards lifting these dangerous and unwarranted vaccine mandates throughout the country,” Holland continued.

Sujata Gibson, the lead attorney for the plaintiffs, also celebrated the ruling, calling it a huge win for not only the healthcare workers, but for all New Yorkers, “who are facing dangerous and unprecedented healthcare worker shortages throughout New York State.”

The impact of this legal precedent is unknown yet, one local report asserts. The U.S. Supreme Court refused to block the vaccine mandate for healthcare workers in New York back in December 2021.

This is not the only win for medical freedom against COVID vaccine mandates New York has seen. After New York City fired approximately 1,700 employees for not taking the experimental shot – many of whom were firefighters and police officers – a State Supreme Court ordered they be reinstated with back pay.

Additionally, healthcare workers in Illinois just recently celebrated a similar win. In the first class-action settlement of its kind, a judge granted final verbal approval for an over $10 million settlement for the over 500 healthcare workers from Northshore University HealthSystem deemed “victims of religious discrimination.” They were fired or forced to take the COVID shot against their religious beliefs. Workers who were unlawfully terminated are eligible to apply for rehire for their previously held seniority-level positions.