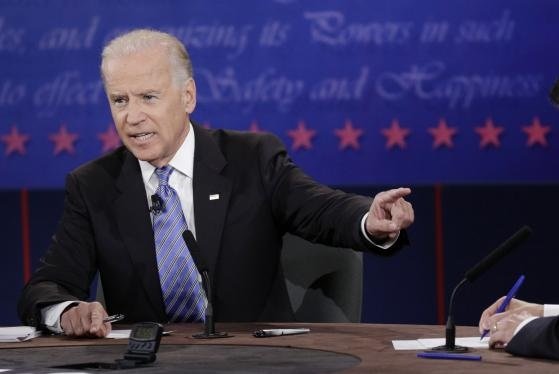 April 14, 2020 (LifeSiteNews) – The ex-Senate staffer accusing former Vice President Joe Biden of sexual assault has filed a police report against the presumptive Democrat presidential nominee, leading to a stark contrast between the mainstream media’s coverage of the story and its past handling of similar accusations against Republicans.

Tara Reade alleges that in 1993 then-U.S. Senator Biden assaulted her in a “semi-private” stairwell on Capitol Hill. “He had me against the wall,” she says. “And then his hands were down my skirt and up my skirt. And I was wearing – I wasn’t wearing anything underneath. And then, with his hand, he went from there and entered me – with his hand – and as he was trying to kiss me, and saying things to me.”

The Biden campaign has responded by declaring the claim is “untrue” and “absolutely did not happen.” Undeterred, Reade filed a police report on the matter Thursday, the Associated Press reported.

In response, The New York Times published a report on the case stating, “No other allegation about sexual assault surfaced in the course of reporting, nor did any former Biden staff members corroborate any details of Ms. Reade’s allegation. The Times found no pattern of sexual misconduct by Mr. Biden, beyond the hugs, kisses and touching that women previously said made them uncomfortable.”

The passage was subsequently edited to remove the reference to Biden’s well-documented habit of inappropriate, unwanted touching. It now reads, No other allegation about sexual assault surfaced in the course of reporting, nor did any former Biden staff members corroborate any details of Ms. Reade’s allegation. The Times found no pattern of sexual misconduct by Mr. Biden.”

On Monday, the Times published an interview between its executive editor, Dean Baquet, and media reporter Ben Smith, in which Baquet seemingly admits the change was made at the behest of the Biden campaign.

“Even though a lot of us, including me, had looked at it before the story went into the paper, I think that the campaign thought that the phrasing was awkward and made it look like there were other instances in which he had been accused of sexual misconduct, and that's not what the sentence was intended to say,” he said.

Baquet also defended the Times for not reporting on the story until almost three weeks after Reade went public, on the grounds that the paper simply took the time to collect “all the information” a reader “needs to think about what to make of this thing” rather than immediately publishing a “short, straightforward news story.”

By contrast, he justified taking a very different approach to the allegations against Supreme Court Justice Brett Kavanaugh on the grounds that “it was a live, ongoing story that had become the biggest political story in the country. It was just a different news judgment moment.”

Whatever the truth of Reade’s claims, they pose a challenge to Biden’s own past statements on sexual assault. In 2018, Biden said of the Kavanaugh controversy, “for a woman to come forward in the glaring lights of focus, nationally, you’ve got to start off with the presumption that at least the essence of what she’s talking about is real, whether or not she forgets facts, whether or not it’s been made worse or better over time. But nobody fails to understand that this is like jumping into a cauldron.”

The ardently pro-abortion Biden is the presumptive nominee for the Democrat presidential nomination to face President Donald Trump in November.