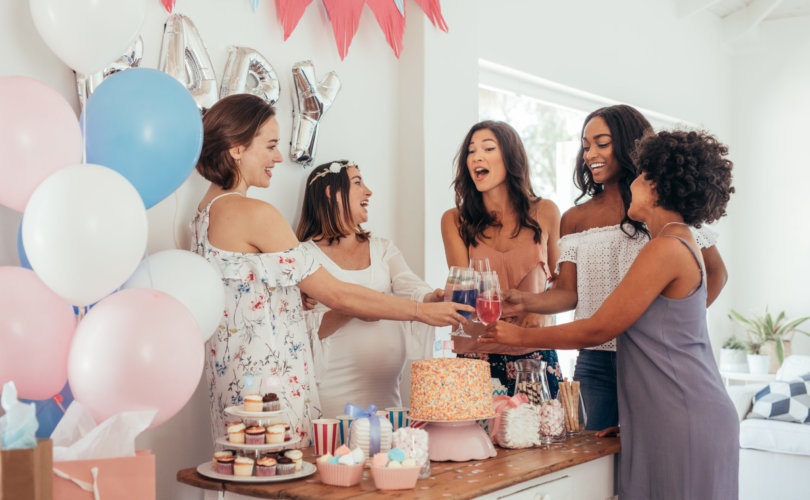 NEW YORK, August 18, 2020 (LifeSiteNews) – The New York Times is pushing what essentially amounts to the next level of in vitro fertilization (IVF) in a lengthy op-ed released last week.

Technology currently in development could enable any human being, independent of their sex, “to manufacture an egg or sperm cell from a tiny sliver of their own skin” and thus create a new baby.

In response to the op-ed, several ethicists and medical doctors have come out against this practice in exclusive statements to LifeSiteNews.

The new technology, which has already been tested successfully with mice, is called in vitro gametogenesis (IVG).

The term “in vitro” simply means “in a glass,” indicating that, in this case, the process of reproduction is not naturally occurring during sexual intercourse, but artificially, in a laboratory.

Debora L. Spar, writing for The New York Times, emphasized, “If the techniques of I.V.G. prove feasible, therefore, would-be families could theoretically begin by creating their own gametes. A single woman, for example, might mix her egg with sperm fashioned from the genetic material of her two best male friends; the resulting child would have three genetic parents.”

“Or she might mate her egg with a carefully selected donor sperm, using genetic testing to eliminate any risk of the cystic fibrosis that runs in her own family,” she described another possibility. “Stem cells derived from the resulting embryo could then yield a next-generation egg to be paired with her best friends’ similarly well-conceived sperm, yielding a child with four parents. And so on. The implications are enormous.”

Spar is the senior associate dean of Harvard Business School Online, and teaches business administration. She was previously the president of women-only Barnard College.

Her op-ed was adapted from her new book Work Mate Marry Love: How Machines Shape Our Human Destiny, which will be released this week.

IVG has all the ethical problems of IVF and then some

Dr. Michael Parker, an OB/GYN and president of the Catholic Medical Association (CMA), told LifeSiteNews that “IVG is problematic for all the reasons inherent in IVF. Every child has the right to be created through the conjugal union between man and woman, the complementary sexes, in cooperation with the Holy Spirit to create new life.”

“IVG has grave ethical concerns with regards to eugenics, custody, and the yet unknown effects on the children created,” he added.

“Not only are we manipulating human life in such a way as to treat it as a commodity, but the creation of gametes from stem cells seems analogous to cloning — with a multitude of temptations to corrupt the intrinsic worth of a unique human being,” he said. “Functionality would be favored over dignity, process over form and a desired outcome over sound moral absolutes.”

Dr. Lester Ruppersberger, an OB/GYN and former president of CMA, asked whether by practicing IVG we are “trying to be God.”

“Further, this ‘so-called creation’ opens the door to manipulation of gametes/genes to falsely create a ‘super population’ the outcomes of which we cannot know,” he continued via email. “In fact, we do not have ANY evidence (and medicine is supposed to be guided by ‘evidence-based proven fact) what the ‘outcomes’ in health, longevity and diseases/conditions and progeny will beget, and, ANY genetic combinations as a result thereof are furthered throughout the entire line of progeny for future generations to come!”

IVG would devalue the traditional family even further

Spar explained in her article, “Once upon a time, defenders of heterosexual marriage could argue that marriage was intrinsically a sexual union of husband and wife, because those were the only unions that could produce a new life. If I.V.G. comes to pass, that will no longer be true. Instead, two men could make a baby. Four sexually unconnected housemates could make a baby. And that changes everything we’ve ever known about sex and babies and marriage.”

While admitting that sexual relationships between one man and one woman will still be considered the norm in an IVG future, Spar said “it becomes increasingly likely that we will also undo or at least revise our centuries-old conviction that procreative unions — like Noah’s animals — come only in pairs.”

“Maybe our species’ new ark is composed of a motlier crew, of threesomes and foursomes, old and young, men and women and those across the spectrum of gender identity, reproducing with whomever they choose and loving as they desire,” she described the potential destruction of the traditional family.

Spar pointed to history as a guide for how a majority of people within a society handle the development of new reproductive technologies that might be ethically questionable.

“Once we create new technologies for conception, we embrace them,” she wrote. “Yes, we go through some stages along the way: We worry about mucking with nature. We fret about designer babies or the possibility of some madman hatching Frankenstein in his backyard.”

“Then we discover that it’s just the nice couple next door, using an increasingly common technology to create children they love, children who become far less scary as they move out of the world of scientific abstraction and into the realm of the real,” she continued.

He emphasized that children born through reproductive technologies like IVF have the same dignity and worth as any other human being.

However, “it is the experimentation with the human genome/cells/gametes that is ethically disturbing and want to ‘eugenic’ manipulation that is of concern.”

IVG is a ‘utopian ideology’

Ted Furton, ethicist and director of publications for the National Catholic Bioethics Center, characterized Spar’s article as “an excellent example of utopian ideology from a member of the elite, written for the reading pleasure of other members of the elite.”

“The claim that the family is increasingly irrelevant contradicts consistent data that shows that the breakdown of the family has been the single most important cause of social dysfunction over the past many decades,” he told LifeSiteNews. “The absence of a father in the home is a particularly significant source of harm and a prime indicator of a higher likelihood of crime, imprisonment, drug abuse, and other serious social pathologies among the young.”

“Children need the care and direction of a mother and a father, ideally those who are their actual parents,” Furton emphasized. “The author seems oblivious to the violence, poverty, and general social decline around her.”

“She is writing for wealthy people who have the pocket change needed to experiment with the latest scientific ‘breakthroughs’ that supposedly will lead us into a communal paradise,” he added. “In the future, there will be no fathers, mothers, brothers, or sisters, but only the products of human conception produced in Petri dishes at the whims of those who have the power and money to do so.”

“The philosophy behind this article is ugly and brutish,” Furton said, not mincing words.

“As she says, ‘it will take a long time to dismantle norms of marriage and parenting that have been around for millenniums.’ She has begun the work and is looking forward to a new world in which children are produced randomly by couples who may not even have any intention of living together, but have instead decided to throw some of their wealth into the fun project of bringing a new genetic creation of their own invention into the world.”

Like Furton, Burke equally pointed out that “any other family structure will fail because to truly love children means to desire their good — even before birth. New reproductive technologies always deprive children of the right to be nurtured in true love and free from manipulation to satisfy the “desires” of a multitude of potential parents.”

He said IVG “is ultimately selfish, despite the platitudes and desires of those seeking to have children through these methods. The technical ability to achieve an end in no way means it should be done — or even has the moral permission to be done.”

“Every biological advance must without exception be judged in relation to an unchangeable moral code that protects human dignity,” Burke stressed. “Man is never a means to an end, even if the end appears ‘good’ in a banal way.”