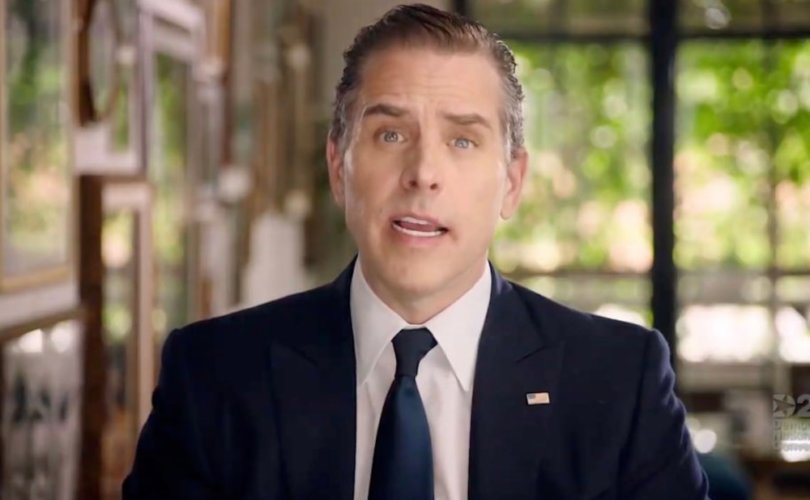 NEW YORK (LifeSiteNews) — The New York Times has confirmed that the controversial and deeply incriminating laptop said to belong to President Joe Biden’s son Hunter is indeed authentic, contradicting the legacy media’s prior claims the laptop story was “disinformation.”

The confirmation that the content on the laptop both exists and belonged to Hunter Biden came in a March 16 comprehensive report by The New York Times regarding the ongoing federal probe into the tax filings of the president’s scandal-ridden son.

According to the Times, “People familiar with the investigation said prosecutors had examined emails between Mr. Biden, [Devon] Archer and others about Burisma and other foreign business activity. Those emails were obtained by The New York Times from a cache of files that appears to have come from a laptop abandoned by Mr. Biden in a Delaware repair shop.”

“The email and others in the cache were authenticated by people familiar with them and with the investigation,” the Times stated.

The Times’ confirmation of the emails’ authenticity comes after the bombshell report exposing Hunter Biden’s laptop, broken by the New York Post in October 2020, was heavily censored and dismissed as “Russian disinformation” by social media platforms and mainstream outlets, with 50 former U.S. intelligence officers claiming the laptop was probably false information put forward by Russian propagandists.

Many believe the censorship of the story, which suggests that Hunter Biden leveraged his father’s political influence for profit, unfairly tilted the 2020 election in favor of Joe Biden.

Despite massive censorship, the laptop and its scandalous contents became a common subject brought up by then-President Donald Trump on the 2020 presidential campaign trail. Trump famously dubbed the recovered computer the “laptop from hell.”

But but but I was reliably informed the laptop story was dangerous Russian misinformation that had to be suppressed by the media and Big Tech https://t.co/wTQcBoakdt

In a March 17 article the Post noted that the laptop, which Hunter Biden allegedly dropped off at a repair shop in 2019 and failed to retrieve, “contained a trove of emails, text messages, photos and financial documents between Hunter Biden, his family and business associates — detailing how the president’s son used his political leverage in his overseas business dealings.”

Even legacy media outlets have been forced to acknowledge the existence and significance of the damning information contained on the so-called “laptop from hell.”

The newspaper quoted George Washington University Law School academic Jonathan Turley, who said that while “influence-peddling is a virtual spectator sport in the nation’s capital,” the particular influence-peddling enterprises conducted by Hunter Biden, including a heavily profitable sinecure with Ukrainian oil firm Burisma, “go beyond anything we’ve seen before.”

The Biden family’s business ties to Ukraine have generated increased scrutiny on the right amid the Russian invasion of Ukraine which began February 24.

Earlier this week the Russian government issued sanctions against a number of U.S. officials and others, including Hunter Biden.