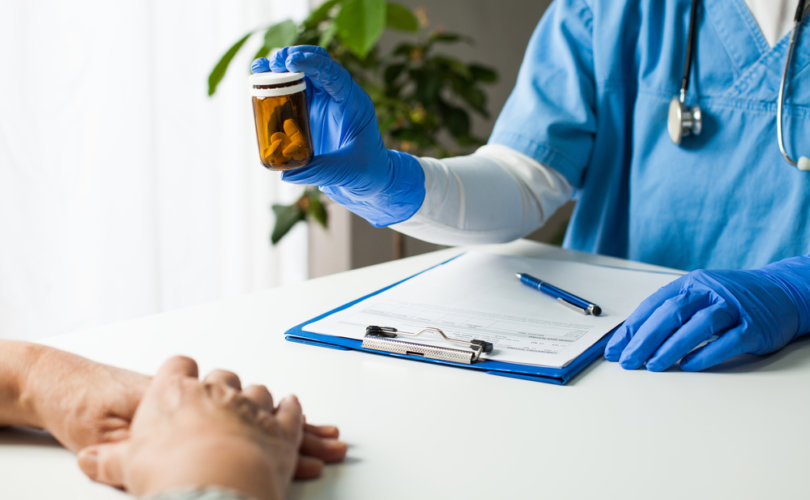 NEW YORK (LifeSiteNews) — Non-white people will be prioritized for critical Covid-19 treatments that are in short supply in New York, according to the state’s Department of Health and Mental Hygiene.

A document released by the department includes eligibility details for scarce treatments such as monoclonal antibodies and antiviral drugs requiring candidates to have “a medical condition or other factors that increase their risk for severe illness.”

People of non-white race or Hispanic and Latino ethnicity are considered to have an “increased risk of severe illness and death from COVID-19,” the document claims, due to “longstanding systemic health and social inequities.”

A spokeswoman for New York’s Department of Health and Mental Hygiene nonetheless insisted to Fox News that neither “race nor ethnicity would disqualify an individual from receiving treatment” and that the “prioritization guidance comes directly from the CDC.”

“Systemic poverty, which has clearly proven to be a risk factor in populations in New York State and nationwide, is added to the algorithm of prioritization similar to all other risk factors. It is merely mentioned as a factor that increases risk,” Erin Silk told Fox News.

It appears clear, however, that white people are at a disadvantage compared with other races as a result of the department’s statement, with no special risk factors being attributed to Caucasians that would see them similarly prioritized for Covid-19 treatments.

There's a word for discrimination by skin color in medical treatment https://t.co/nk34rqZJWL

The New York Post reported that, with the system already in operation, a Staten Island doctor who twice prescribed the antiviral drug Paxlovid was asked by a pharmacist to disclose the race of his patients before the treatment was permitted.

“In my 30 years of being a physician, I have never been asked that question when I have prescribed any treatment,” the doctor, who requested anonymity, told the New York Post. “The mere fact of having to ask this question is a slippery slope.”

Both patients, who are white, were given their prescriptions in this instance.

The Department of Health and Mental Hygiene had recently announced its intention to improve “health outcomes for all New Yorkers by explicitly advancing racial equity and social justice.”

“Racial equity does not mean simply treating everyone equally, but rather, allocating resources and services in such a way that explicitly addresses barriers imposed by structural racism (i.e. policies and institutional practices that perpetuate racial inequity) and White privilege,” the department claimed in a December 8 statement.

The New York instructions on Covid treatments echo those recently implemented in Minnesota, where an official document on the allocation of monoclonal antibodies states that “race and ethnicity alone, apart from other underlying health conditions, may be considered in determining eligibility for mAbs (monoclonal antibodies).”

The points system for determining who gets scarce Covid-19 treatments in Minnesota sees black, indigenous and people of color being given two points as a result of their identities, compared with zero for whites.

Several experts have suggested Pfizer’s antiviral drug Paxlovid will not prove to be as effective as the inexpensive ivermectin pills in stopping the replication of SARS-CoV-2 due to the multiple biochemical pathways ivermectin works against.