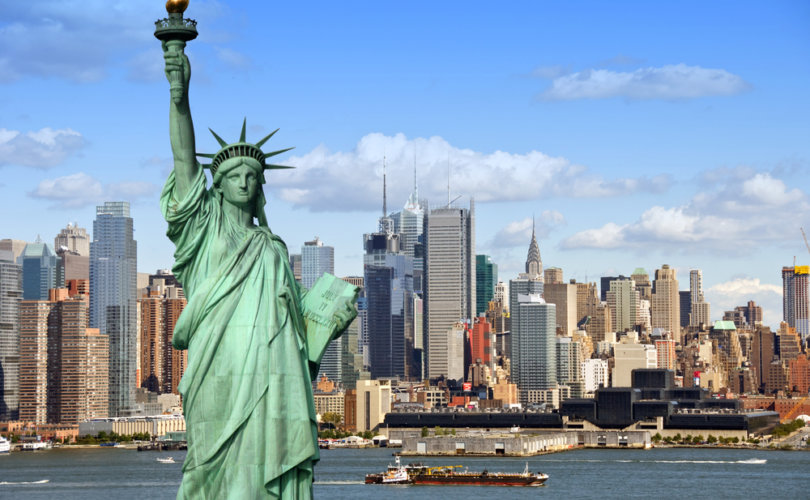 And it's set to get worse.

More babies died from abortion at 21 weeks' gestation or over in 2015 than there were people killed by homicide in New York City, new figures reveal.

Data released by the Centers for Disease Control and Prevention (CDC), and published by the New York Police Department and the Federal Bureau of Investigation (FBI), reveal that the number of abortions at or after 21 weeks was 1,485 while the number of homicides was 352.

And these numbers are only likely to get higher, as New York recently passed some of the most extreme abortion legislation in the world, removing abortion from the penal lawand allowing it up to birth in some cases. The legislation also removes babies over 24 weeks from the state's definition of homicide.

The figures come in the context of fierce debate and media controversy around late-term abortion and infanticide in the last few months. Days after New York politicians cheered the passing of the extreme abortion bill, a video went viral of a Virginia House Delegate defending proposed legislation that would allow abortions up until the moment of birth. The row intensified when the governor defended her comments, and led to several failed attempts by senators to introduce legislation guaranteeing medical care for babies who survive abortion.

The debate was taken up by President Donald Trump, who called for “Congress to pass legislation to prohibit the late-term abortion of children who can feel pain in the mother's womb” in his State of the Union address.