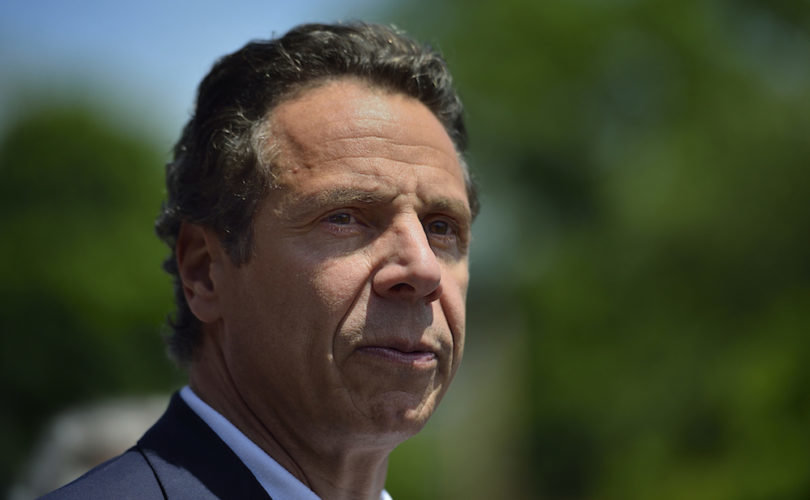 Last week, the American Civil Liberties Union (ACLU), the ACLU of North Carolina, Lambda Legal, and Equality North Carolina sued to overturn the law, which was signed by Governor Pat McCrory on Wednesday. The measure overturned a Charlotte ordinance requiring all businesses and public buildings to allow citizens identifying as transgender to use their preferred bathrooms, locker rooms, and similar facilities.

“We’re challenging this extreme and discriminatory measure in order to ensure that everyone who lives in and visits North Carolina is protected under the law,” said Chris Brook, Legal Director of the ACLU of North Carolina, in a statement.

“No legislature should be using its power to require cities, counties, or school districts to discriminate against anyone. This law is a targeted and unprecedented attack on the LGBT community, particularly against transgender people, both young people and adults,” said Tara Borelli, Senior Attorney with Lambda Legal. According to Borelli, “HB 2 is unconstitutional as it not only violates the guarantees of equal protection and due process in the U.S. Constitution but it also violates Title IX by requiring discrimination in education. North Carolina legislators cannot strip equality out of the Constitution and the law.”

However, Alliance Defending Freedom Legal Counsel Kellie Fiedorek criticized the lawsuit, saying that the ACLU and the other groups are “challenging a commonsense law that ensures grown men don’t shower and use the bathroom next to little girls.”

“This law protects everyone’s privacy by ensuring that bathrooms, showers, locker rooms, and other intimate settings remain private and based on one’s biological sex while also offering accommodations to those with special circumstances,” said Fiedorek. “The threat that schools will lose funding in implementing this sensible standard is simply false. Title IX specifically allows schools to ‘provide separate toilet, locker room, and shower facilities on the basis of sex.’ No school has ever lost funding in the nearly 44 years since Title IX became law, and federal courts have ruled in favor of schools that have adopted privacy policies similar to this—making clear that Title IX does not require schools to open up restrooms to members of the opposite sex.”

The law, which includes an exemption for transgender individuals whose birth certificates have been legally changed to self-identify as the opposite sex and allows municipalities to enact internal policies related to LGBT advocates' priorities for employees, came just hours after state legislators gathered for a special session to overturn the Charlotte ordinance. House legislators passed Rep. Dan Bishop's bill 84-25, and senators passed it 32-0.

The unanimous Senate vote was in part due to a Democratic walk-out in protest of the bill.

In addition to the legal challenge, North Carolina is being economically targeted by numerous corporations and public officials. New York City Mayor Bill de Blasio, New York State Gov. Andrew Cuomo, and San Francisco Mayor Ed Lee have banned all publicly funded travel to and from North Carolina unless declared to be essential. Likewise, Seattle's openly homosexual mayor, Ed Murray, ordered an end to all publicly-funded travel to and from the state.

“It is my hope for our nation that we do not allow issues of discrimination to divide us,” Murray said in a statement. “Our union is only made stronger when all Americans are treated equitably.”

Corporations like the NCAA, the NBA, and Google have all declared their opposition to the privacy law.