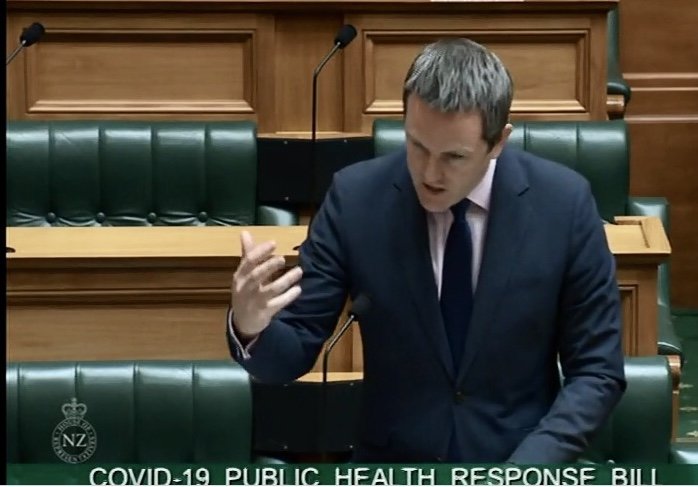 WELLINGTON, New Zealand, May 13, 2020 (LifeSiteNews) – As part of a phased-in relaxing of the nationwide shutdown, the government of New Zealand has passed new legislation into law that allows only 10 people to attend a religious service while allowing 100 people to gather in other public places such as restaurants, shopping centers, and movie theatres.

The legislation has now made it through all three readings in Parliament and has been granted Royal Assent.

At the last minute, funerals were granted a small carve-out allowing a maximum of 50 people to gather for no longer than two hours. More significantly, the revised measures that were supposed to be in full force for two years will now be up for review every 90 days.

The legislation, known as the COVID-19 Public Health Response Bill, was allowed to pass despite a public outcry, interventions by some members of Parliament — including the launch of a petition — and a joint effort of New Zealand Catholic and Anglican bishops urging the government to increase the limit on attendees at religious services.

“This is the most anti-democratic bill we’ve ever seen put before Parliament,” said MP Simon O'Connor in a video just before the bill became law.

“The bill gives extraordinary powers — unheard of powers — to the Prime Minister,” said O’Connor. “Basically, this bill allows one person in a democratic country the complete right to decide where you go, who you see, how you operate, when you open your business, whether you can go to church, (and) what sport you can play.”

“It allows the police, the New Zealand police, to enter your home without warrant” based simply on “the suspicion that there might be too many of you gathered in your home,” said O'Connor, noting that law enforcement has not previously had that power.

O’Connor also explained that the new law will allow the government to grant special  powers to ordinary citizens known as “enforcement officers,” designated to “spy” on fellow citizens, and who have the power to shut down businesses or gatherings they deem to be too large.

The law shows “contempt for the very basics of human life: grieving, celebration, and faith,” he said. The freedom of religion addressed in the nation’s Bill of Rights was “completely ignored. I would suggest to you that it was deliberate and it is contemptible.”

In a separate speech delivered from the floor of Parliament, O’Connor said the omission of considerations “reflects a left-wing government view of religion and people of faith.”

Another MP, Simeon Brown, said from the floor of Parliament that these new rules “go to the heart of what it means to be a Kiwi, and I find it abhorrent.”

New Zealand’s original Level 4 State of Emergency was one of the strictest lockdowns in the world.

The new law will lift the more draconian elements of the State of Emergency – which has been in place since March 25 –  and the country will now enter Level 2’s more relaxed restrictions at 11:59 p.m. Wednesday, May 13.

“People were not free to move at all, other than daily walks outside their homes,” recounted one LifeSiteNews reader who lives in New Zealand.

“If that was not possible, then a very short drive was permissible,” she said. “One person per family at supermarkets. No travel across town. No ability to enter your business premises, even if alone. Complete lockdown.”

There are some who persist in believing that Jacinda Ardern is the “Prime Minister of Kindness” and really has our best interests at heart, but so many more see the problems arising.

I have heard there has been an increase in suicide because of the measures and the loss of people's livelihood. There are a good number of people awake to the socialist/globalist agenda. Unfortunately, many of them are not Catholic. Catholics, on the whole, tend to think that everything is just fine. Especially those who have brought the liberal social-justice agenda.

“It’s usually because people willingly surrender their freedom in return for protection against some external threat,” he said. “That's what I fear we are seeing now.”