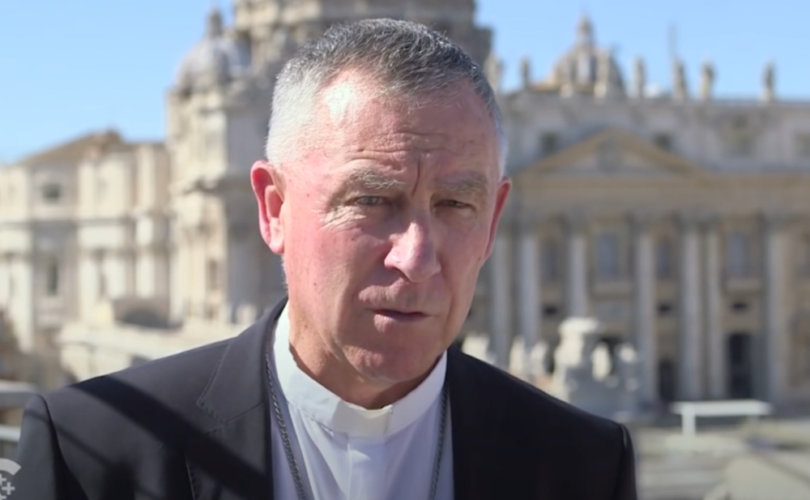 The new guidelines, entitled “Aroha and Diversity in Catholics Schools,” were released earlier this month and are intended to promote “compassion, respect and sensitivity in Catholic schools and colleges regarding sexual diversity.”

As noted by the New Zealand Catholic Bishops Conference (NZCBC), the guidelines will impact the 66,000 students enrolled in the 235 state-integrated Catholic schools across the country.

The policy heavily promotes themes of “welcome” and of encouraging students to “be themselves,” including if the students identify as “LGBTQIA+.”

The document makes an early note that schools should impart “authoritative Catholic education in” areas of “particular ideologies” – including on “human sexuality.” However, the document then proceeds to promote acceptance and incorporation of LGBT ideology as seemingly part of the Church.

“Individuals and groups within the Catholic Church have a range of voice, attitudes, and experiences regarding LGBTQIA+ issues,” wrote the bishops, led by Cardinal John Dew, the Archbishop of Wellington and NZCBC president. “Our Catholic community has always been diverse, with faith-filled people living lives which incorporate a range of sexual orientation, expression, and loving family life. They are part of the Church.”

Highlighting the sacrament of marriage, the NZCBC wrote that the sacrament is between a “man and a woman,” but that this “does not mean that other couples cannot commit to wonderful, loving, and enduring relationships, it simply means that such relationships are not ‘Sacramental marriage’ within the Catholic Church as they cannot be open to the possibility of new life without external intervention.”

Some defense of Catholic morality is mentioned – including the duty to “ensure ideas and attitudes which overtly undermine the Catholic Character of the school are not promoted” – but no specifics are given.

Yet even events which are described as “borderline” are still promoted – provided they are “important for the student community” – as long as the school can “pick up the positive resonance within a Catholic context simply by re-naming and re-focussing an event or activity.”

The document also references Catholic social teaching, but only to promote irreligious concepts of the fundamental themes of such teaching. The “common good,” which must be promoted for all students, is presented as being “achieving our full potential as individuals in community,” rather than being related to attaining “possession of God,” as St. Thomas Aquinas writes.

The NZCBC additionally states that students should “feel safe, welcomed, and loved” but does not mention Catholic teaching regarding the immoral nature of homosexual acts.

Using vague language, the document does state that Catholic schools should “know and teach what the Church teaches,” but presents this teaching as being a form of acceptance and promotion of students’ identifying as “LGBTQIA+.”

Staff are instructed to “examine the language” they use, in order to make it more inclusive, such as saying “all students” instead of “you guys.”

Meanwhile, students are given affirmation that their identification as “LGBTQIA+” is in accordance with the will of God, with the bishops writing “you are welcome and acknowledged as being made in the image and likeness of God including your sexual identity.”

It received praise from dissident pro-LGBT group New Ways Ministry and linked to some of the group’s resources. The NZCBC’s document also references the New Zealand Ministry of Education’s pro-LGBT guidelines, which LifeSite has previously reported on.

Among the practical resources offered is a list of “Catholic teaching to be affirmed” provided by the bishops, alongside a number of questions to be asked before an event is supported by the school.

However, while the bishops warn against “overly sexualised” activities and sex outside of marriage, they avoid any warning about gender ideology or the already defined approach the Church should take when caring for homosexuals.

The Congregation for the Doctrine of the Faith’s (CDF) 1986 document “On the pastoral care of homosexual persons” states that a “truly pastoral approach will appreciate the need for homosexual persons to avoid the near occasions of sin.”

The Catechism of the Catholic Church #2357 teaches that: “‘homosexual acts are intrinsically disordered.’ They are contrary to the natural law. They close the sexual act to the gift of life. They do not proceed from a genuine affective and sexual complementarity. Under no circumstances can they be approved.”

The Congregation for the Doctrine of the Faith’s 1975 document Persona Humana also echoed this with the words, “There can be no true promotion of man’s dignity unless the essential order of his nature is respected.”