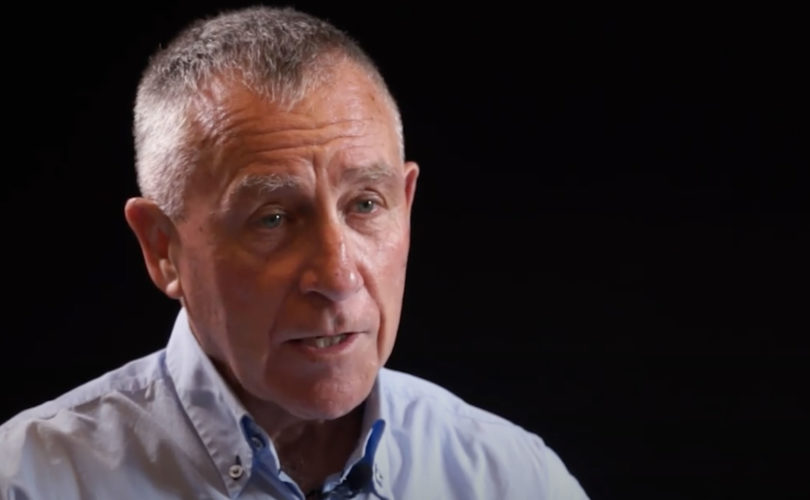 Dew joined a number of other religious leaders on March 12 for a meeting with New Zealand pro-abortion Prime Minister Jacinda Ardern to discuss “COVID-19 vaccinations, welfare and housing.” In a Facebook post after the event, Dew mentioned how he had spoken up about the “importance of vaccinations for the common good, and offered support, including offering churches and church facilities for vaccination centres.”

The cardinal did not comment in his brief social media post about the impact that lending public support to the experimental vaccination rollout would have. However, Dew himself is a firm supporter of the injections, and an examination of his previous vaccine statements suggests that he has no issues with offering churches as places to administer the abortion-tainted vaccines instead of saying Mass.

As president of the New Zealand Catholic bishops conference, Dew sent out a letter in January urging Catholics to have the COVID-19 vaccines when offered, and referred to Pope Francis’s public support for the experimental injection. A press release issued at the time stated that “Cardinal Dew said the Pope had made it clear there was no religious reason to reject vaccination.”

Dew went further, adding that Catholics have “a moral responsibility to protect themselves and others by getting a Covid-19 vaccine as soon as they become eligible for it under the government’s planned vaccine programme.”

The cardinal claimed that it was “vital” for “most people” to be injected in order to “protect everyone against a disease.” Dew cited figures from a measles epidemic in 2019-2020, saying that it occurred because “only about 80 percent of the population were vaccinated,” and hinting darkly at widespread deaths among babies and young children should the experimental vaccine not be taken.

He also revealed that the Catholic episcopacy in the country is enacting censorship similar to that seen widely on social media with regard to the injections. “We reject the false information circulating on the internet and elsewhere that claims vaccines should not be used,” Dew declared.

“Vaccines work, and they protect against a wide range of illnesses. Because of vaccines, once-universal diseases such as smallpox have been wiped out, saving countless lives.”

However, Dew would find this claim disputed by a number of doctors who have warned that far from being effective, the vaccine poses a health risk to those who take it. Speaking as part of LifeSite’s recent COVID-19 conference, Dr. Sheri Tenpenny predicted an “autoimmune cascade” due to the manner in which the COVID injections attack one’s immune system, and mentioned “seven different pathways” by which the injection would harm people’s health and “kill many people.”

Indeed, a former vice president of Pfizer, Dr. Michael Yeadon, has strongly rejected any need for COVID vaccines, saying, “there is absolutely no need for vaccines to extinguish the pandemic. I’ve never heard such nonsense talked about vaccines. You do not vaccinate people who aren’t at risk from a disease. You also don’t set about planning to vaccinate millions of fit and healthy people with a vaccine that hasn’t been extensively tested on human subjects.”

Yet in offering his churches as vaccination sites, it would seem that Dew is neither worried about any health risks or moral aspects, but solely concerned with joining the government in promoting the experimental injections.

In addition to being the Archbishop of Wellington, Dew is a member of a number of Vatican bodies as part of the Congregation for Evangelization of Peoples, the Congregation for Divine Worship and the Discipline of the Sacraments, and also the Pontifical Council for Promoting Christian Unity. He was appointed a cardinal by Pope Francis on February 14, 2015, and before that became Archbishop of Wellington in March 2005.

At the time of his appointment to the Congregation for the Evangelization of Peoples and the Pontifical Council for Christian Unity, Voice of the Family expressed concern, noting that he had previously argued against Church teaching in seeking for Holy Communion to be given to the divorced and remarried. During the 2005 Synod on the Eucharist, Dew remarked, “Our Church would be enriched if we were able to invite dedicated Catholics, currently excluded from the Eucharist, to return to the Lord’s table. There are those whose first marriages ended in sadness; they have never abandoned the Church but are currently excluded from the Eucharist.”

Dew’s position is one shared by Francis, and the cardinal revealed that he had discussed the matter with then-Cardinal Jorge Mario Bergoglio in 2005.

In recent years, Dew has cemented himself as a firm supporter of Pope Francis’s ideology, implementing illicit liturgical practices in the Mass, which he described as a “creative initiative” inspired by Francis.

Supposedly attempting to combat “clericalism,” Dew asked Catholics to refrain from calling priests “Father,” calling the change “the beginning of the reform in the Church which we have been asked to do by Pope Francis.”

Last year, Dew, who is 72 and three years from handing in his official retirement, joined members of the hierarchy across the world in going above the directives of the government while closing churches in response to COVID-19.

New Zealand has made headlines for enforcing a severe response to the infection, and the country is currently at its lowest alert level 1, meaning that there is no limit on the numbers who can attend religious events, although contact tracing through QR codes is officially encouraged by the government.