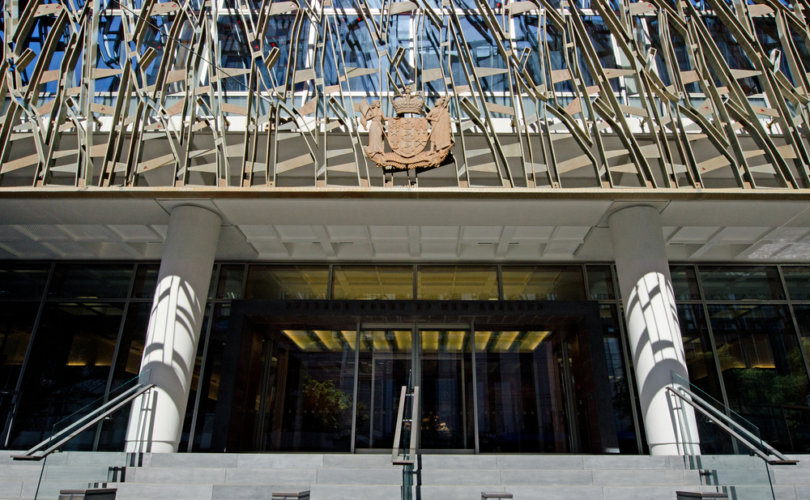 WELLINGTON, New Zealand (LifeSiteNews) — A New Zealand court has defended the rights of Christians to refuse to receive an abortion-tainted COVID shot on the grounds that it constitutes a violation of their conscience, acknowledging that the objection to abortion is “grounded in a core principle” of Christianity.

The High Court of New Zealand ruled on February 25 that a government mandate ordering police officers and New Zealand Defence Force (NZDF) personnel to receive a COVID jab in order to carry out work was an “unlawful” impediment on officers’ “free and democratic” rights.

In particular, Judge Francis Cooke accepted that “an obligation to receive a vaccine which a person objects to because it has been tested on cells derived from a human foetus, potentially an aborted foetus, does involve a limitation on the manifestation of a religious belief in ‘observance, practice, or teaching’ of religion.”

“It is grounded in a core principle of the particular Christian religion and the objection to abortion,” Cooke determined, adding that the “fact that others observing the same religion do not agree with the stance does not mean that the stance does not involve the observance of a religious belief.”

Evidence presented to the court on Pfizer’s COVID jab showing that it had been derived from fetal cell tissue was confirmed by a medical expert for the court, though he said “it is not known whether the foetus was aborted.”

However, Pfizer’s use of the so-called “immortalized” cell line HEK-293 was originally harvested from the kidney cells of a female in the Netherlands in 1973.

The medical expert also testified that the Pfizer shot’s effectiveness declines “rapidly after the first month” and does not fully defend “against viral infection and transmission.”

Considering the evidence, Cooke wrote that clearly “vaccination does not prevent persons contracting and spreading COVID-19, particularly the omicron variant.”

Continuing, he noted that protection from serious illness and death through inoculation “wanes after the second dose, and seems to wane in a similar way after the booster.”

Though fighting the jab mandate on four separate grounds, those contesting the order succeeded solely on the basis that the “right to manifest religion” was being unduly suppressed. The court required that the objection must be relevant to a religious belief and not secular.

Alongside upholding the freedom of religion, Cooke stated that while COVID poses a “threat to the continuity of Police and NZDF services,” the same threat “exists for both vaccinated and unvaccinated staff” and concluded that ordering the reception of coronavirus shots therefore makes no “material difference.”

The court also criticized the Minister for Workplace Relations and Safety, Michael Wood, over enacting an order which affected so few members of the police and NZDF, amounting to 164 police officers and 115 NZDF staff out of more than 30,000 employed in the forces.

Cooke said the punishing order bordered on “administrative convenience” and did not justify limiting the rights of the few affected by it.

Following the February 25 decision, terminations of employment based on failure to comply with vaccine mandates were suspended from March 3, at which point the order was overturned.