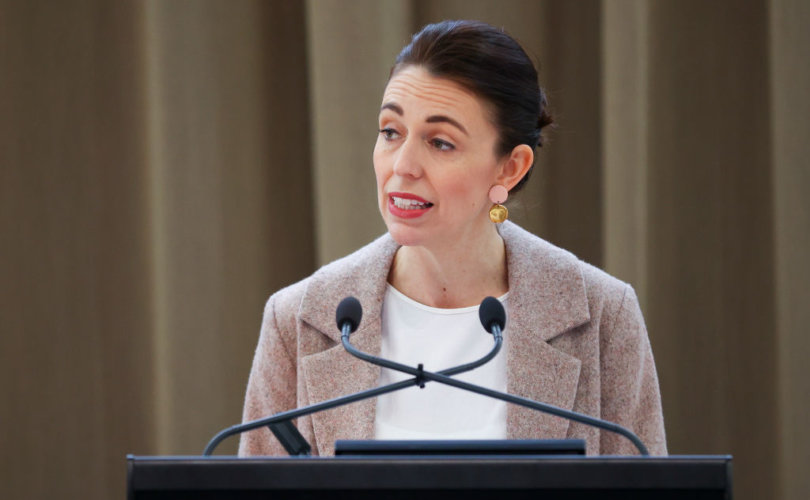 Ardern made the admission during an interview with the NZ Herald on Friday, discussing the new “traffic light system” of restrictions that will eliminate almost all lockdowns for vaccinated people once the country hits 90% vaccination rates in every region. The new system will impose much tougher restrictions on unvaccinated citizens, while vaccinated people will be able to enjoy more of the freedoms the government took about 18 months ago.

New Zealand has one of the lowest rates of COVID deaths per capita in the world with only 28 deaths and fewer than 6,000 cases since March 2020, in a country of some 5 million people.

When NZ Herald’s deputy political editor, Derek Cheng, commented that this new system appears to be creating two separate classes of citizens and ventured that Ardern probably did not look at it this way, the New Zealand Prime Minister confirmed that this is in fact what the system is meant to do.

“So, you’ve basically said, you probably don’t see it like this, but two different classes of people — if you’re vaccinated or unvaccinated. You have all these rights if you are vaccinated …” Cheng said.

In response to his comment, Ardern nodded and casually replied, “That is what it is, yep.”

NEW – New Zealand Prime Minister Jacinda Ardern, when asked by a reporter if she was creating two classes of people, with the vaccinated receiving special privileges, confirmed, “That is what it is, yep”.pic.twitter.com/4VDULQN7Xd

Ardern argued that COVID vaccine certificates are not only meant to boost vaccination rates. “Actually, what’s become clear to me is that [vaccine certificates] are not just a tool to drive up vaccines, they’re a tool for confidence,” she said.

“That is something that I think we should offer to people who have been vaccinated, that confidence that we’re doing everything we can to keep them safe and that they can come back out and start enjoying those things safely,” she added, without explaining why vaccinated people, who are reportedly protected against severe illness, may still not “feel safe” after getting the jab. Arden also failed to mention that vaccinated people can still pass on the disease to each other.

The new “traffic light” system is divided into three levels: red, orange, and green. The use of vaccine certificate is applied at all levels for a number of venues. As the levels go from green to red, venues that don’t use vaccine certificates become more and more restricted.

In spite of the shocking admission by Arden that the traffic light system together with the use of vaccine certificates will create a two-tier society in New Zealand, some, like Linda Forst, a professor of environmental and occupational health Sciences at the university of Illinois in Chicago, have argued that these types of policies are necessary to fight the pandemic, even if they “violate our personal rights.”

Forst told British newspaper i that “we need to hold this paradox and, in my opinion, do what is right for society as a whole, even if we feel it violates our personal rights.”

“Those who refuse to get vaccinated, or refuse to disclose vaccination status, value their personal rights over the rights of others,” she argued.

Forst also called on more countries to follow the example of New Zealand.

“All countries need to be mindful of what is best for themselves and best for the rest of the world – most protective of the public’s health and welfare. We all need to link arms on this,” she said.

New Zealand has had one of the strictest COVID policies in the world, and New Zealanders have had to endure some of the toughest lockdown restrictions this year. Back in August, Prime Minister Ardern put the entire nation into lockdown over a single case of COVID and was praised in the mainstream media for doing so. And earlier this month, Ardern’s government imposed a “no jab, no job” policy on healthcare workers and teachers.

Meanwhile, New Zealand reported its second highest daily case number since March 2020 just a few days ago — in spite of the lockdown measures currently in place and almost 60% of the population fully vaccinated.

Though the new plan is meant as a way to ease up on the lockdown restrictions, it is also a way to put more pressure on people to get the jab, as it will only be implemented once the nation reaches 90% vaccination rates among the eligible population. Most of the restrictions will be lifted for the vaccinated only.

Meanwhile, many people throughout the world are reluctant to take the currently available COVID-19 vaccines because of the thousands of deaths and millions of other serious injuries that have been reported after their use. Others do not want to take the vaccines because cell lines derived from aborted babies were used in their production or testing.

In spite of this, Ardern appears determined to impose vaccination on New Zealanders, and to deprive unvaccinated people of their freedoms in order to boost vaccination rates.