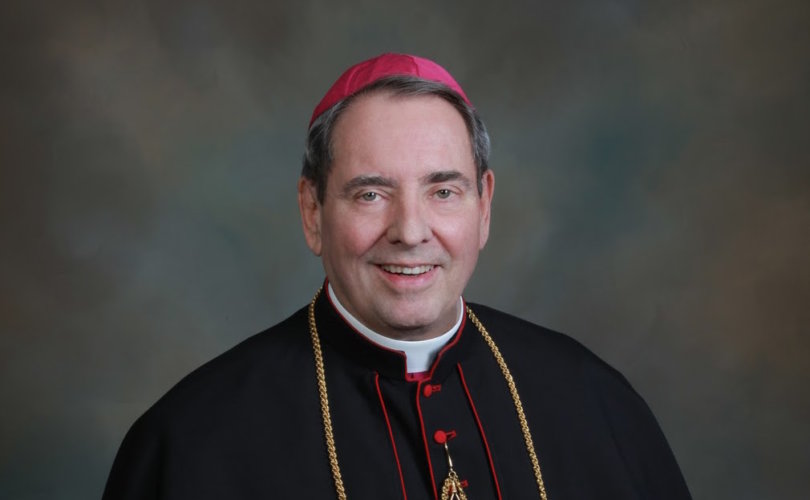 PARAMUS, New Jersey, September 1, 2016 (LifeSiteNews) — Newark’s archbishop has defended a local Catholic school facing a lawsuit after firing a dean for being in a same-sex “marriage.”

Paramus Catholic High School fired its dean of guidance and basketball coach, Kate Drumgoole, after learning that she was in a same-sex “marriage.” Drumgoole is a graduate of Paramus Catholic, as is the woman to whom she is “married.” According to the homosexual newspaper The Advocate, the women had been “married” for two years, but Drumgoole had not told co-workers.

Noting that Catholic school employees sign a Ministerial Agreement and Code of Conduct, “they oblige themselves to promote and foster authentic Catholic beliefs and practices — even if they themselves are not Catholic,” the archbishop wrote.

The Catechism of the Catholic Church teaches that homosexual acts are “intrinsically disordered” and “under no circumstances can they be approved” (CCC 2357). The Catechism calls for unjust discrimination against those with same-sex attractions to be avoided and teaches, “homosexual persons are called to chastity” (CCC 2358 – 2359).

In its 2003 document Considerations Regarding Proposals to Give Legal Recognition to Unions Between Homosexual Persons, the Congregation for the Doctrine of the Faith instructs, “In those situations where homosexual unions have been legally recognized or have been given the legal status and rights belonging to marriage, clear and emphatic opposition is a duty.”

“Every religious organization has the right to promote and define its own identity, mission and message,” continued Myers. When someone involved in Catholic education “offers a public counter-witness to Catholic teaching,” his or her actions can “create confusion and uncertainty in the moral formation” of students.

“The Church acts on facts,” and that’s what it’s doing in this case, Myers wrote.

More than 3,000 Paramus Catholic alumni and their parents have signed a petition pressuring the school to apologize, reinstate Drumgoole, and adopt “gender identity” anti-discrimination policies.

“It seems that many have equated, mistakenly, the Church’s position of welcoming sinners (for we are all sinners) with the notion that we accept teaching and lifestyles contrary to the principles of our faith that can create scandal in our Church,” the archbishop continued. “Much has been said in recent days about respect, diversity, and mercy. … For decades I have taught and written that the Church welcomes everyone and invites everyone to participate in the life of the Church to the degree that they honestly can, while sincerely respecting the teachings of the Church. The invitation to join the life of the Church does not include an invitation to alter or redefine what the Church believes and teaches, nor is it an invitation to allow others to define the identity, mission and message of the Church.”