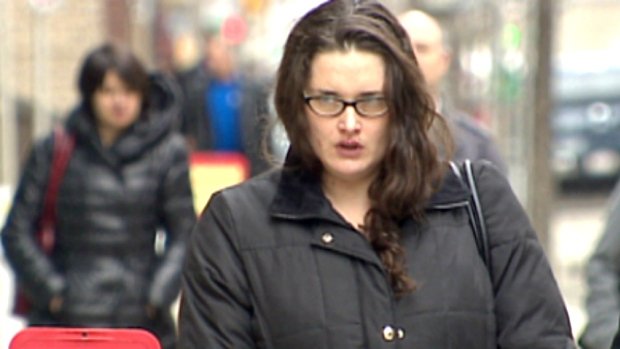 CALGARY, October 21, 2010 (LifeSiteNews.com) – A newborn left to die in a dumpster in northwest Calgary was saved by a man who only later found out he was the boy’s father.

Calgary police said that the boy’s mother told them she did not know she was pregnant until she gave birth to the child. She allegedly put the living baby in a garbage bag and tossed him into the dumpster.

The 29-year-old woman’s boyfriend said he had no idea she was pregnant because she was heavy set and always had “a bit of a belly.”

On Tuesday, October 19, the man said his girlfriend was complaining of cramps and illness. He told police that on returning home for lunch a passerby alerted him to cries coming from a dumpster.

“A girl said, ‘I think I hear a baby in the dumpster.’ With no knowledge at the time that this is my kid whatsoever, I went running over there, stood beside the dumpster, heard the baby cry,” the man, who cannot be named to protect the identity of the child, told the Calgary Herald.

“I jumped in and removed the stuff. I personally opened the bag and uncovered all the stuff off,” he said.

“My first thought seeing the baby there was disgust. I just thought ‘we’ve got to get that baby out of here’ and I didn’t know CPR,” the man said.

The baby was immediately taken to hospital where he is reported to be in stable condition. Hospital staff said it appeared the baby had been in the dumpster for about two hours before being rescued and was suffering from hypothermia when brought to them.

Police questioned the man after the rescue, and later that evening informed him that he was the child’s father. “It was the most shocking thing I’ve ever encountered in my life – to find that out from police is not something I’d ever expected to happen,” he said.

The father said his girlfriend’s behavior was perplexing but he feels she needs help rather than his anger.

“I’m not mad. I don’t know if it’s just my demeanor, knowing that getting mad isn’t going to solve everything, not going to help the problem,” he said, adding, “I’m not happy with her but I’m not angry, either. I want to make sure she gets the help she needs.”

The woman is scheduled to undergo a psychiatric assessment and is facing charges of attempted murder, failing to provide the necessities of life and child abandonment.

Staff Sergeant Leah Barber of the Calgary Child Abuse Unit said that although “Information suggests the woman was not aware of the pregnancy prior to the birth,” she believes there are reasonable grounds for the charges.

“The baby was put in there with no expectation to survive … where it couldn’t be found,” Barber told the media.

“There’s always other options. Obviously if something like this were to happen, 911 would be the first call I’d make,” she said.

According to police, the custody of the child is being discussed with Alberta Children and Youth Services. However, the child’s father told the Calgary Herald today that he hopes to gain custody of his son.

“I’m just going to try to be the best dad I can be. If he wants to get involved in sports, be a computer geek, try to be the next prime minister, I’ll do whatever I can do to support him,” the father said.