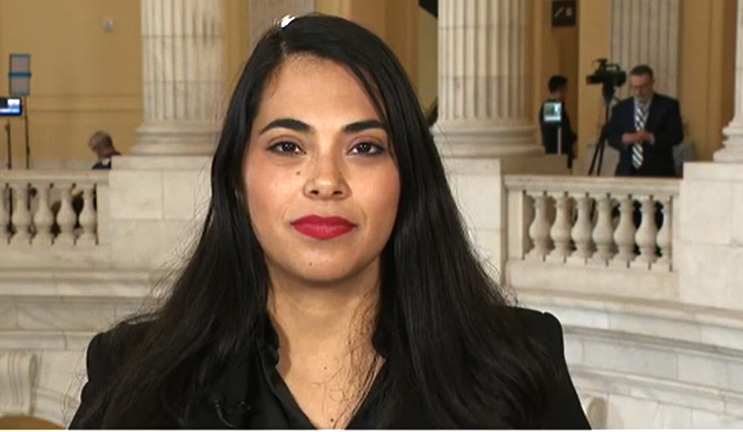 WASHINGTON (LifeSiteNews) – South Texas pro-life Republican Mayra Flores, who just won a seat in Congress in an upset, praised Roe v. Wade being overturned as a “big win” for life.

“Hallelujah, I woke up this morning praying for this, and I honestly thought it would never happen,” Flores said at a press conference today.

“I’m honestly, this is a dream come true for me, for south Texas. In South Texas, we’re pro-life,” she added while making an appearance on Fox News.

Flores said that today’s overturning of Roe v. Wade “was a big win for us in South Texas, but also for our country.”

Breaking moments ago newly sworn in @MayraFlores2022 who just flipped a blue Texas district to crimson red: “This is a dream come true. We have to start respecting life. We have to start valuing life.” Here she is with @HARRISFAULKNER #TheFaulknerFocus pic.twitter.com/vAz74cKeoU

This afternoon on Twitter, Flores wrote that she thanks “God for the Supreme Court’s historic decision today.”

“It is clear that the Constitution never created a right to abortion, and this ruling rightly returns the authority to regulate abortion back to the people and their elected representatives in the states,” she added.

I thank God for the Supreme Court’s historic decision today. It is clear that the Constitution never created a right to abortion, and this ruling rightly returns the authority to regulate abortion back to the people and their elected representatives in the states.

Flores, who was born in Mexico and moved to the U.S at age six, recently won a special election in Texas’ 34th congressional district. This is the first time this area has chosen a Republican over a Democrat in more than 150 years. She is also the first Mexican-born woman sworn in to the U.S. Congress.

Flores is “the first GOP candidate to represent that area of the Rio Grande Valley since 1870,” wrote the Houston Chronicle.

In the Fox News interview, Flores said that she thinks the reason there is so much crime in the U.S. is “because we stop respecting life.”

“And if we start focusing and raising our children to value life in the womb, I really do believe that this would help us decrease crime in our country,” Flores noted.

“And again, this was a big win for us, especially in South Texas, because we are big pro-life. We’re big on pro-life.”

Flores beat out Democrat Dan Sanchez in the special election in an area that voted for Joe Biden over Donald Trump by a 13 percent margin in the 2020 U.S. presidential election.

Flores had among her supporters the world’s richest man, Elon Musk, the head of Tesla and SpaceX.

“I voted for Mayra Flores,” tweeted Musk, adding, that it was the “first time I ever voted Republican.”

“The Constitution makes no reference to abortion, and no such right is implicitly protected by any constitutional provision,” the court said.

Laws concerning abortion are now solely with each U.S. state.