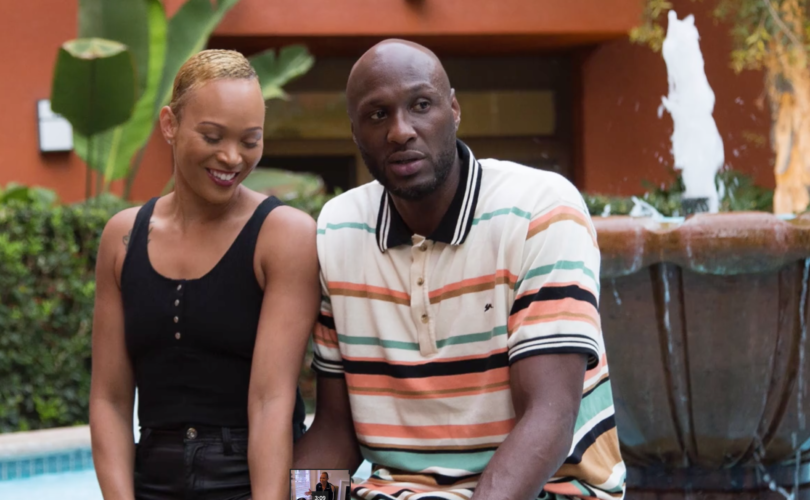 Odom’s use of illegal drugs, especially cocaine, came to a near-fatal head in 2015. It was in October of that year that Odom, distraught after his split from his ex-wife Khloé Kardashian, went on a four-day bender. Eventually he was found, in a Las Vegas brothel, unresponsive. He reportedly suffered two heart attacks and twelve strokes.

After “cheating death”, Odom entered drug rehab, and successfully got clean off drugs. But his sex addiction, especially his regular use of pornography, persisted.

Parr herself recalls that at first Odom would simply shut down when she brought up the subject. “Anytime I would bring this up to him, he would experience a lot of shame. A lot of shame,” she says. “Later I learned he didn’t have the answers because he’s never been asked these questions. Ever.”

But it wasn’t always easy.

Parr and Odom tried different things to help Odom quit. One thing they would do is have Parr take Odom’s phone with her when she left the house. However, neither of them liked that, “because I feel like it was me putting him on punishment, he couldn’t just be an adult,” Parr says.

Odom’s accountability partner is Parr. Simply knowing that Parr was in his corner, holding him accountable, and working on his side to help him achieve his goals, has proved to be the magic bullet.

It was only four years ago that Odom stared death in the face. Now, he says, he feels he’s been given a second chance to make a difference.

“God brought me back, hopefully for me to tell my testimony and help as many people as I can,” he says. “Just by sharing my story and telling them that they can overcome anything if they put God first and family first. And I’m living proof of that.”

Odom openly admits that during his career he developed a reputation for being “a womanizer, a liar, and a cheat.” Now, he says, he wants to “shake this label of being selfish.”

“I’m not a liar anymore,” he concludes. “I don’t want to live like that anymore.”