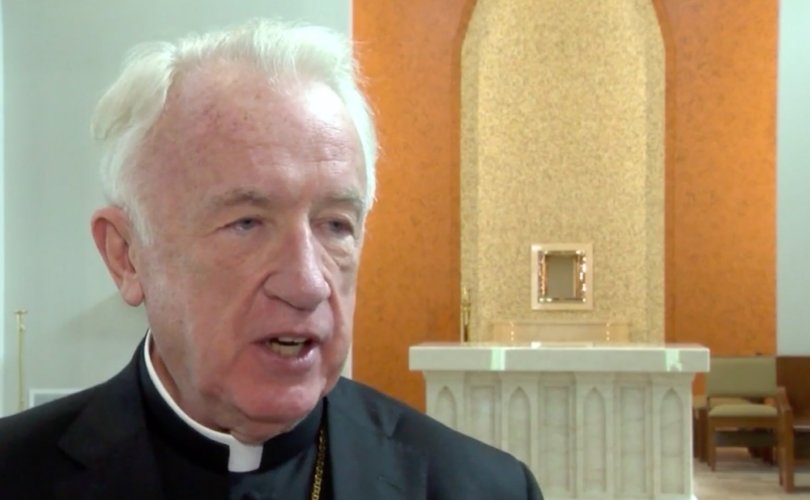 Published online Dec. 23 by the The Washington Post, the 60-page “privileged and confidential” investigative report – produced at a reported cost of $500,000 to the beleaguered diocese – pulls back the curtain not only on the out-of-control prelate but on a dysfunctional chancery where senior staff turned their eyes away from Bransfield’s behaviors, enabling him to treat diocesan funds as a personal piggy bank and “to operate the chancery as his personal fiefdom.”

Chief among the findings reported by the law firm Zuckerman Spaeder, which spearheaded the investigation on behalf of Baltimore Archbishop William E. Lori, who served as apostolic administrator after the disgraced Bransfield’s 2018 resignation:

In their testimony to the investigative team, the trio made stunning statements revealing how and why Bransfield was able to last so long as head of the diocese.

Annie — who essentially served as second in command, overseeing the diocese’s day-to-day operations – excused his non-intervention concerning the bishop’s predatory sexual behavior, intimating that the young men accosted by Bransfield were adults who could make their own choices, and that they were not entirely innocent victims because “everyone knew (Bishop) Bransfield’s inclinations.”

Annie also reasoned that if had filed a complaint against Bransfield with the papal nuncio, it would have been a “career-ending” move for him.

The vicar for priests told the investigators that the several handsome young priest-secretaries who served closely under Bransfield “were broken by the experience,” a phenomena he witnessed, but took no action to address, nor made any outreach to the young men affected by the bishop.

Perhaps more outrageous, investigators said “none of the priests we interviewed who were affected by Bishop Bransfield’s conduct viewed the vicar for clergy as someone they could go to with reports of harassment and abuse by the bishop.”

The judicial vicar and one other person interviewed “described Bishop Bransfield’s conduct toward altar servers who served in the cathedral in Wheeling as “predatory.” One stated that he observed Bishop Bransfield grooming certain altar servers by increasing his level of familiarity and physical contact with them week by week … and he told the delegate for administrative affairs that he believed parents should be warned against having their children serve as altar servers for the bishop.”

Not surprisingly, Bishop Bransfield did not want female altar servers assisting him at Mass. He just wanted boys.

Buried in a footnote: “Multiple witnesses expressed concern about the bishop’s contact with male candidates for confirmation that they observed during confirmation ceremonies he performed. Bishop Bransfiled would not simply lay his hand on a young man’s head but would in some cases stroke the young men’s cheeks in a manner that witnesses described as ‘creepy.’”

The investigative report’s findings regarding Bransfield’s plundering of diocesan assets in order to support his luxurious lifestyle are mind-boggling.

A fire broke out in the bishop’s residence shortly after Bransfield’s accession in 2005.  Despite the damage being confined to a single upstairs bathroom, Bishop Bransfield had the entire house remodeled, ultimately spending a total of $4,617,000. He then spent more than $722,000 on a second residence in Charleston. Construction work on a third residence – Bransfield’s planned retirement home – was halted after his resignation, but not before more than $697,000 had been spent.

Expenditures for Bishop Bransfield’s luxurious accommodations total $6,036,699, and the operating expenses for his residences averaged an additional $384,000 per year.

“While it was not always clear when his travel was for diocesan business, it was evident that the vast majority of his travel was of a personal nature, sometimes with a companion whose travel expenses were covered by the DWC. Bishop Bransfield’s routine vacation travel was to Florida, the Caribbean and multiple European locations including London, Paris and Switzerland where he usually stayed in exclusive hotels.”

Suspension from public ministry and restitution

Before the report had been submitted, Pope Francis had already decided that Bransfield would no longer preside or participate publicly in Masses and other liturgical celebrations as priest or bishop. In addition, he may not again reside in the Diocese of Wheeling-Charleston.

The new bishop of the Diocese of Wheeling-Charleston, Mark Brennan, has already imposed some of the sanctions proposed in the investigative report on his predecessor, ordering Bransfield to pay back nearly $800,000 of the diocesan funds that he had appropriated, cutting off his retirement benefits, and denying Bransfield’s right to be buried in a diocesan cemetery.

Bishop Brennan also informed Bransfield that he must apologize to the people he sexually harassed and for the “severe emotional and spiritual harm his actions caused.”

The complete investigative report can be read here.