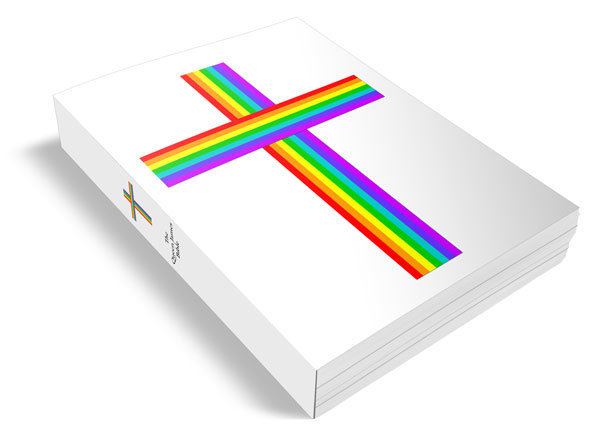 The former editor-in-chief of Iowa’s Newton Daily News has filed a religious discrimination complaint after he was fired over a post on his private blog criticizing the pro-gay Queen James Bible.

The Bible revision was produced by homosexual activists who claim to have edited the eight most commonly cited verses against homosexual behavior “in a way that makes homophobic interpretations impossible.”

On his private blog, which has since been deactivated, Bob Eschliman wrote in April that “the LGBTQXYZ crowd and the Gaystapo” are trying to reword the Bible “to make their sinful nature ‘right with God.’”

After public outcry from homosexual activists, Shaw Media, which owns the paper, fired him on May 6.

In a statement the day of his firing, Shaw Media President John Rung said Eschliman’s “airing of [his opinion] compromised the reputation of this newspaper and his ability to lead it.”

“There will be some who will criticize our action, and mistakenly cite Mr. Eschliman’s First Amendment rights as a reason he should continue on as editor of the Newton Daily News,” Rung said.  “As previously stated, he has a right to voice his opinion. And we have a right to select an editor who we believe best represents our company and best serves the interests of our readers.”

Rung said the company has a duty “to advocate for the communities we serve” and that “to be effective advocates, we must be able to represent the entire community fairly.”

Eschliman, who has been writing professionally since 1998 and became editor-in-chief of the Newton Daily News in 2012, says that the company was aware of his personal blog when he was hired and never indicated it would be a problem for him to continue sharing his personal political and religious views.

In his religious discrimination complaint against the company, filed with the Equal Employment Opportunity Commission (EEOC), he says that he believes he was singled out for termination because of his Christian views concerning homosexuality and same-sex “marriage.”

“As a lifelong writer, I have maintained a personal blog on the Internet with some personal thoughts and writings,” Eschliman wrote. “Newton Daily News, my employer, never had a policy prohibiting personal blogging, Twitter, Facebook, or any other social media. In fact, my employer encouraged us to engage in social media on a personal level and I am aware of several employees of Newton Daily News who continue to blog and are still employed with Shaw Media.”

“There is no question that I was fired for holding and talking about my sincerely held religious beliefs on my personal blog during my off-duty time from the comfort of my own home,” Eschliman wrote. “Shaw Media directly discriminated against me because of my religious beliefs and my identity as an evangelical Christian who believes in Holy Scripture and the Biblical view of marriage.

Neither Shaw Media nor the Newton Daily News have been willing to provide further comment to the press on the matter, citing pending litigation.

Matthew Whitaker, an attorney with Liberty Institute who is assisting Eschliman with his complaint, said the law is on his client’s side.

“No one should be fired for simply expressing his religious beliefs,” Whitaker said in a statement. “In America, it is against the law to fire an employee for expressing a religious belief in public.  This kind of religious intolerance by an employer has no place in today’s welcoming workforce.”

According to Whitaker, if the EEOC rules in Eschliman’s favor, Shaw Media could be forced to give him back pay, front pay, and a monetary settlement.