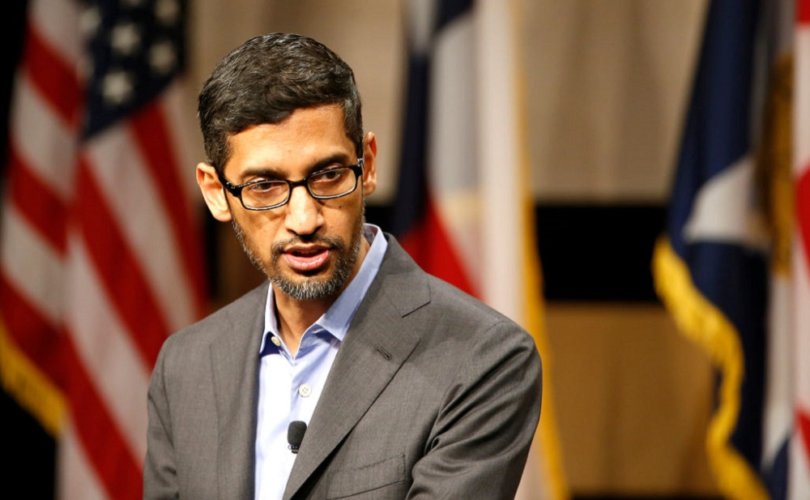 UNITED STATES, July 30, 2020 (LifeSiteNews) — Breitbart News has released data that it says shows that “Google is deliberately working to interfere with the reelection of Trump in 2020” through purging Breitbart and other conservative websites from search results.

The online conservative news site also says its organic traffic from Google search results is down 63% from the first half of 2016.

Perhaps most striking of the evidence they present is that at the beginning of May, following Google’s core search update, traffic to Breitbart from Google as a result of searches about Democratic presidential candidate Joe Biden dropped overnight from tens of thousands a day to zero.

Breitbart says it spoke with a professional analyst of search engine trends who has extensive experience working with Google’s own tools for analyzing online search results who told them that in 25 years he has “never experienced such a wholesale removal of rank and visibility on specific concepts on a site as I have seen being applied to Breitbart.”

“The sheer fact that there are thousands of pages of Breitbart content that reference Biden that were ranking before May 6, that now have no rank or impressions on search is a sign of manipulation, not algorithmic devaluing,” the source, who Breitbart says wished to remain anonymous, added.

Dr. Robert Epstein, a researcher who has estimated that Google may have swung as many as 2.6 million votes to Democrat Hillary Clinton in 2016, told Breitbart he believes that Google has placed them on a “blacklist.”

“For news websites large and small, Google — in combination with its YouTube offshoot — typically drives between 30 and 50 percent of the traffic to those sites,” Epstein said.

“For the New York Times, the percentage is currently 39.3%. At the moment, Google is responsible for just 9 percent of Breitbart’s traffic, and YouTube is sending a negligible amount, if any. Given the size of Breitbart’s audience, this suggests to me that Breitbart is listed on one or more of Google’s blacklists.”

“Those are the lists that Google denies having — even under oath in Congressional hearings — even though two of those blacklists were leaked from the company last year by whistleblower Zach Vorhies,” Epstein told Breitbart.

“How many blacklists they actually maintain is unknown, but it wouldn’t surprise me if it’s a hundred or more.”

During yesterday’s antitrust hearing at the U.S. House of Representatives, Florida’s Republican congressman Matt Gaetz drew an admission from Google CEO Sundar Pichai that the creation of lists of sites blocked from search results “can involve a manual portion.”

However, he subsequently said that if a website or actor is considered to be “interfering in elections,” then the company puts that site on a list in order to stop it appearing in online searches.

“For creating those lists, that process can involve a manual portion,” Pichai responded.

But a Google spokeswoman told Breitbart that there is “no validity whatsoever to these allegations of political bias.”

“Our systems do not take political ideology into account, and we go to extraordinary lengths to build our products for everyone in an apolitical way,” the spokeswoman said.

“Anyone can easily cherry-pick a range of conservative, progressive or non-political sites that have seen traffic changes over time. The improvements we make to Search undergo a rigorous testing process and are done to provide helpful information for the billions of queries we get every day.”

Earlier this week, LifeSiteNews joined with conservative media outlets around the United States in an open letter challenging the CEO of Google’s parent company over the removal of conservative websites from online search results.

Gaetz cited the recent removal of conservative websites from Google search results, as well as leaked video from 2016 showing Google’s co-founders and other top executives expressing their resolve to alter future elections after the election of Donald Trump as U.S. president. Gaetz questioned why anyone would believe Google when the company claims that it won’t interfere in this year’s presidential election.