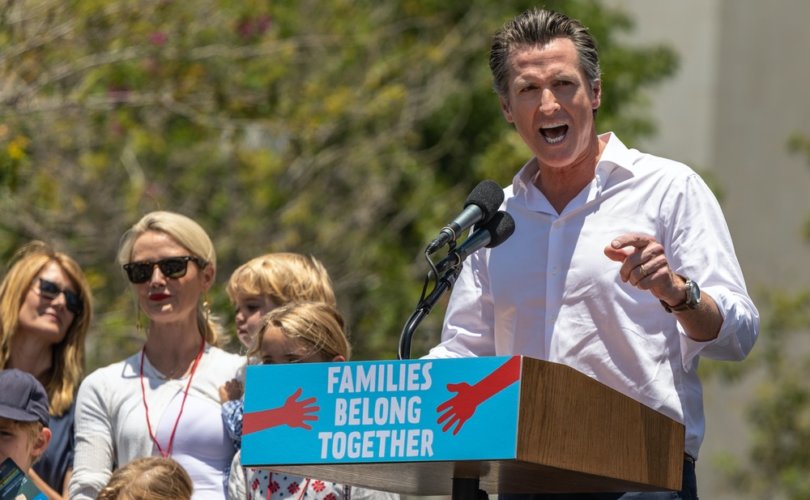 SACRAMENTO, California, September 14, 2020 (LifeSiteNews) – California Democrat Gov. Gavin Newsom signed into law controversial legislation that would empower judges to forgo adding those who engage in homosexual sex with certain minors to the state sex offender registry, demanding that lawmakers strengthen existing laws instead of weakening them.

Lawmakers gave their final approval to the legislation last week. Newsom signed it into law late Friday without comment, the Associated Press reported.

Celebrating the move, Wiener claimed that the state has taken “yet another step toward an equitable society” by “treating LGBTQ young people the exact same way that straight young people have been treated since 1944.”

But opponents such as the American College of Pediatricians argue that the bill will empower pedophiles should it become law.

“The existing laws in question were placed into the California Statutes to prevent the abuse of minors, whose intellectual immaturity makes them vulnerable,” the group said. “These proposed modifications put more children at increased risk of abuse. It strains the bounds of common sense that any legislator (some of whom must be parents) would allow such proposals to pass out of Committee much less to pass them into law.”

Republican San Diego Mayor Kevin Faulconer was among those who condemned Newsom for signing the measure:

As a parent I’m appalled that last night our governor signed a law maintaining a 24-year-old can have sex with a 14-year-old and it not be considered predatory.

An adult who commits ANY sex act on a minor 10 years younger must be registered a sex offender. Law must be changed.

Newsom’s decision to soften penalties against sex offenders came as the governor continues to penalize religious assembly in the name of containing COVID-19.