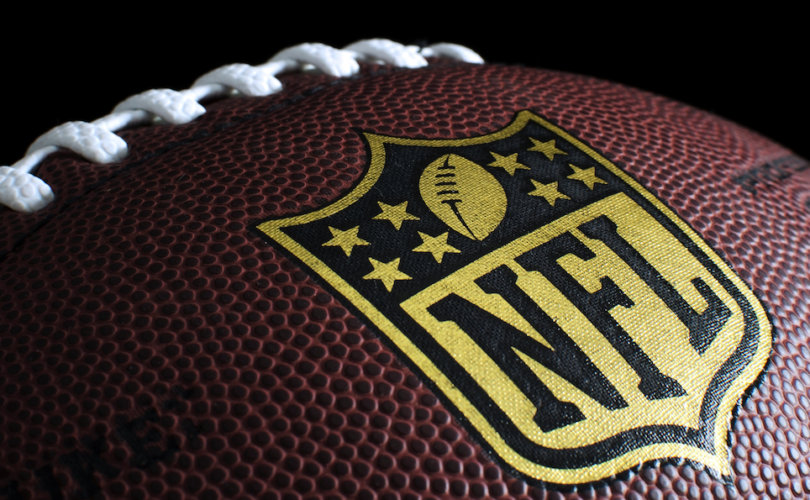 (LifeSiteNews) — At its recent annual owners’ meeting, the National Football League (NFL) announced new “diversity” and inclusion mandates that will require all 32 teams to hire a “female or a member of an ethnic or racial minority” as an assistant coach.

The league in an official announcement on Monday said it is now “putting together a committee to review its diversity hiring practices.”

According to the league, its “NFL Diversity Advisory Committee” will “lend its expert, external perspective on industry best practices and will evaluate league and club diversity, equity and inclusion (DEI) strategies and initiatives, including all hiring processes, policies and procedures, with a primary focus on senior-level coach and front office personnel positions.”

NFL commissioner Roger Goodell said in a statement that the league has “worked for years and made progress in many areas to ensure that staff and leaders in our office and at our clubs reflect the racial and gender makeup of America.”

“But we have more work to do, particularly at the head coach and front-office level,” he added.

The leagues’ 32 teams in a joint statement that they “support the important goal of increasing diversity among ownership.”

The new “diversity” candidates must have at least three years of collegiate or professional experience in coaching football, and the league will reimburse each team for the coach’s yearly salary.

Some prominent sports figures such as tennis great Novak Djokovic have come out against the woke mentality of major sports leagues.

Djokovic recently told BBC News that he is willing to sit out upcoming major tournaments rather than take the COVID jab as “that is the price that I’m willing to pay.”

LifeSiteNews’ Doug Mainwaring recently wrote in a blog about the “woke” culture of pro sports in the U.S.

Mainwaring wrote, “Over the last few years, large sports organizations have been delivering a dangerous message to the youth of America by idealizing sodomy and gender confusion.”

“Not a single Major League Baseball (MLB), National Football League (NFL), National Hockey League (NHL), or National Basketball Association (NBA) player, however, has paid that kind of price to resist the co-opting of his league and team by anti-family sexual revolutionary forces,” he added.

Indeed, just last year the NFL put together an advertisement for Pride Month stating that to America’s youth the great American pastime is “gay,” “lesbian,” “bisexual,” and “transgender.”

Just recently, the NFL stopped all of its COVID protocols, becoming the first professional sports league in the U.S. to do so.

Many prominent past and current NFL players are outspoken in their defense of life, with others coming out strongly against the COVID jabs.