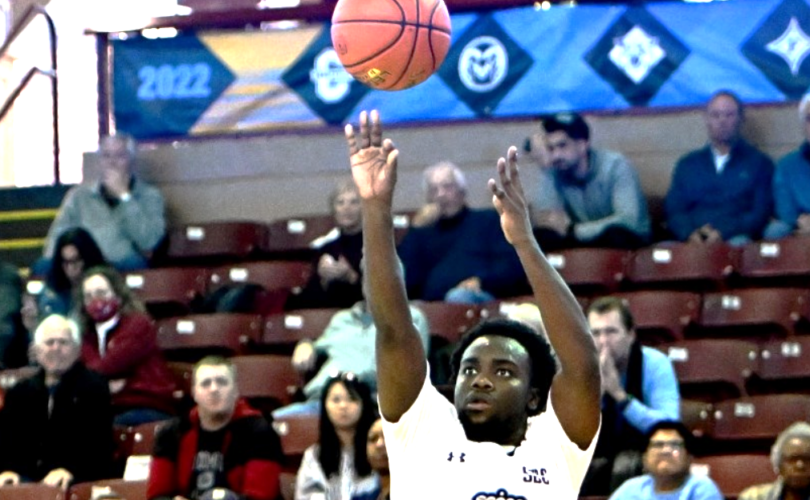 This story has been updated to include a statement by the player.

(LifeSiteNews) — Relatively little media attention has been paid to a scary moment that occurred during an Old Dominion University men’s basketball game this past weekend when one of the team’s players collapsed on the court during the first half.

Sophomore guard Imo Essien was playing defense when he fell to the ground and suffered what appeared to be some sort of chest-related incident. He was tended to immediately by trainers and did not lose consciousness. Local media is reporting that Essien was scheduled to see a cardiologist on Monday, January 9.

Medical professionals from both Old Dominion and its opponent, Georgia Southern, evaluated Essien, who hails from Wylie, Texas. He walked off the court after being on the ground for several minutes. He spent the remainder of the night on the bench for the Monarchs, who are 10-6 this year.

Sports journalist Marc Davis is reporting that Essien underwent COVID testing afterward but was negative for the virus. It is not readily known if Essien received the vaccine, although the NCAA has been strongly encouraging athletes to receive the shot over the past several years.

According to a press release issued by the school’s medical personnel, Essien is in “good spirits” and drove home with the team Saturday after the 81-75 victory.

In a tweet replying to video footage of Essien’s incident, NFL player DeMarcus Walker said, “It gotta be these vaccines.” Walker is a veteran lineman for the Tennessee Titans.

It gotta be these vaccines

Members of both teams were visibly shaken after witnessing Essien on the floor, perhaps because following the cardiac arrest of vaccinated NFL player Damar Hamlin last week, COVID shots are coming under more scrutiny, especially on social media, where a growing number of users are suggesting athletes are dying as a direct result of the vaccines.

On Sunday, Essien Tweeted that he was grateful for all the support he received from family and friends.