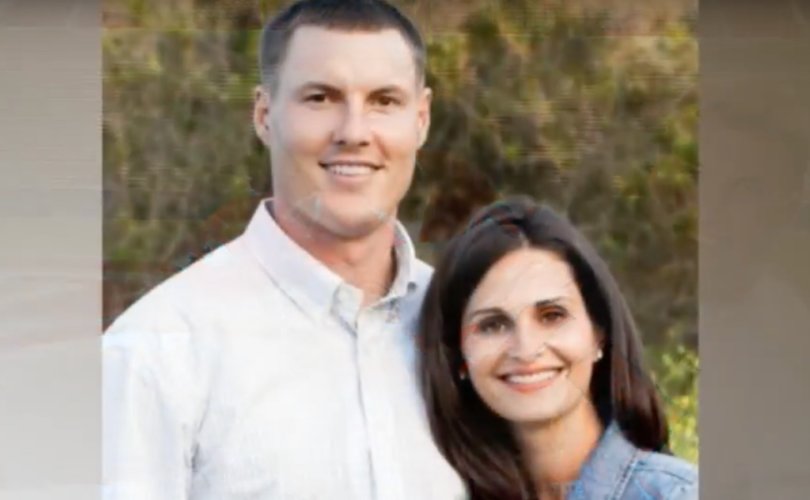 MILFORD, Connecticut, September 20, 2018 (LifeSiteNews) – The quarterback for the Los Angeles Chargers made an interviewer gasp with amazement when he confirmed that he has eight children – and wants more.

Dan Patrick of The Dan Patrick Show chatted with NFL player Philip Rivers, 36, over the phone on September 17 about the surprising mid-game retirement of Vontae Davis and other football gossip before getting down to family matters.

“We were trying to bet on how many kids you have now,” the interviewer said. “I went with eight.”

“You’re on it,” said Rivers happily.

“You got eight?” gasped the host.

“You nailed it. Six girls and two boys.”

The interviewer then asked the question so familiar to parents of large families everywhere.

“Heck no!” answered Rivers proudly. “I hope not.”

“I should talk to your wife,” joked Patrick. “Does your wife know that you want to have more?”

“Oh yeah, she’s all in,” Rivers assured him, but the interviewer interrupted to gasp, “Six GIRLS?”

“But I’ll tell you what,” he added, as if to reassure the interviewer that being the father of six girls is a blessing, not a curse, “the three oldest are girls. Now they’re 16, 13, and 12, so we have a lotta little mamas in the house, helping out.”

Patrick stammered a little as the host continued to gasp “My Gawwwwd!”

“Do they think you’re stupid, though?” Patrick asked, as if girls invariably think their fathers are stupid. In fairness, though, Patrick has three daughters and a son, so he may have been reflecting on his own experience of family life.

“No,” said the quarterback. “Well, sometimes. Just in general, you know, like ‘Dad!’”

But Rivers insisted that his family life is awesome.

“There’s always a lot of action in the house as you can imagine,” he said.

“Any boys come over yet?” the host asked.

Rivers seemed puzzled but went along with jokes about which NFL players would be best to stand in the doorway to warn young men to behave with Rivers’ 16-year-old daughter.

The football player revealed that he was 19 and his wife was 18 when they married but that he doesn’t see his daughter Halle marrying that young: no sweetheart has turned up just yet, so her dad believes she’s on “a different path.”

Philip Rivers is a devout Catholic and his wife Tiffany, who was his junior high school sweetheart, is a convert to the faith. They grew up in Alabama and married in 2001 when Rivers was a sophomore at North Carolina State. He was the #4 overall pick in the 2004 NFL Draft.