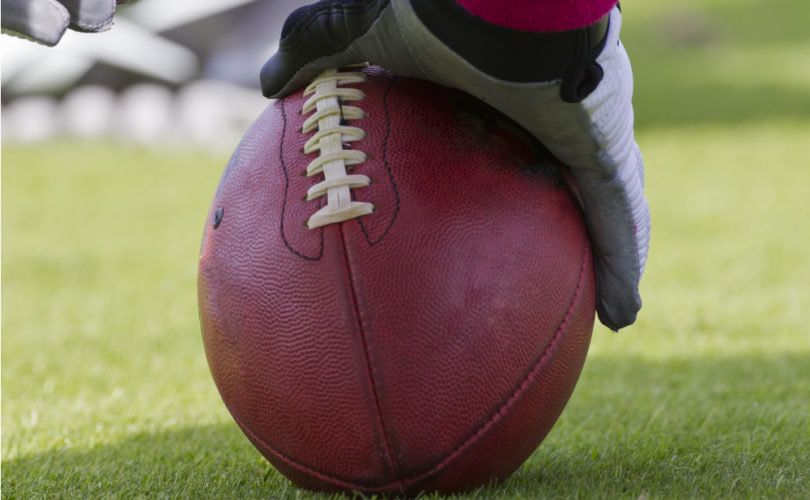 Sowers began as a scouting intern for the Atlanta Falcons in 2016 and then went to work for the San Francisco 49ers as an intern, which led to her hiring as a coach. Sowers is slated to work with the team’s receivers, but according to head coach Kyle Shanahan, “We're still figuring out exact titles and stuff.”

Last year, Kathryn Smith became the first female coach when she went to work as an assistant quality control coach for the Buffalo Bills.

Sowers told the gay-oriented sports site, OutSports, “Growing up, football was always my favorite sport. However, I started to realize how much bigger the boys I grew up playing football with in the backyard became compared to me. I was forced into the societal norms that told me girls don’t play football.”

“I always knew I wanted to be a coach, but it wasn’t until I found football later in life when I realized that although the road was way less traveled, I wanted to coach football,” continued Sowers. “When I say untraditional, I mean that society is so conditioned to this idea that football is a ‘man’s game’ and anything other than that is far from traditional.”

At last week's preseason game against the Denver Broncos, the new assistant coach was evidently surprised to be asked to sign autographs.

Sowers told OutSports, “I even met a few young girls who were so excited to see me and tell me their own story of the sports they play. It was a special moment that I will remember for a long time.”

DeadSpin noted, “[E]ach new story about an athlete or sports figure coming out is making less and less of a splash.”