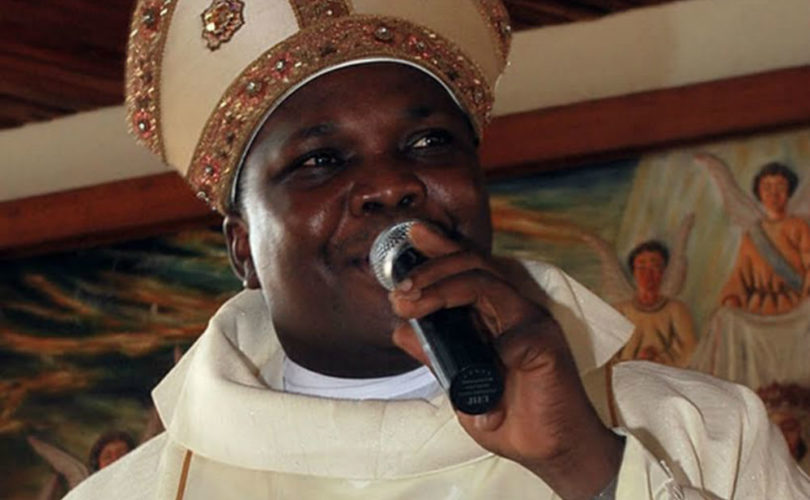 May 5, 2015 (LifeSiteNews.com) — An African Catholic bishop has said he thinks Hillary Clinton believes she is a god, someone who doesn’t value others’ morals, and he hopes Americans will wake up to what sort of people are running to be their president.

“Hillary Clinton I think is one of those who thinks she is a god,” he said. “And I’m not obliged to believe that.”

In an April 29 interview with the Catholic website Aleteia, the Nigerian bishop was asked about Clinton’s recent statements at the Women in the World Summit, where she said, “Deep-seated cultural codes, religious beliefs and structural biases have to be changed” to give women access to “reproductive health care and safe childbirth.”

In addition to Clinton’s disregard for other people’s principles, Bishop Badejo remarked that she was pandering.

“My personal opinion of Hillary Clinton is: She is seeking election in America so you can expect that, like most politicians, she will say just about anything to pander to the thoughts of whatever audience she is speaking to,” he said. “So I really think that Hillary Clinton is just speaking for votes, rather than speaking for reason.”

Clinton can’t be bothered with God, he said.

“From the way she spoke, people like herself very clearly don’t want to hear anything about God,” the bishop said. “Even if they say they believe in God, they really don’t.”

Her language makes her approach evident, said Bishop Badejo, and he thinks she’s become too wrapped up in technology, losing sight of the fact that people have their own values, including African people.

“We talk about the dignity of life, the sanctity of life, etc. Is she saying they ought to be changed?” he asked. “Well, I don’t know what she is talking about. What are human beings going to change to?”

Bishop Badejo has in the past criticized the cultural imperialism exhibited by some groups by way of foisting population control efforts and the homosexual agenda on African nations, and said that life is sacred for the African people.

In his most recent Aleteia interview he said God created the people of Africa this way in his infinite wisdom, “which I think might be a little bit more than Hillary Clinton’s.”

God did this to add to the beauty of his creation, he said, and those who push for such things to be imposed across the board don’t know the meaning of beauty, “which is found in variety, in color,” he said.

Those who don’t get this shouldn’t get to make the rules for others, the bishop said.

“If these values are not precious to Hillary Clinton,” said Bishop Badejo, “I think she has no right at all to call for a change in religious values and religious beliefs.”

He remarked how Clinton’s agenda of not respecting people’s values was evident despite her choice of language.

“She also called them ‘structural biases.’ Again, that is a misuse of language,” he said. “‘Biases,’ to many people, are the things that make them who they are.”

“So that’s as much importance as I attach to Hillary Clinton’s statement about cultural beliefs,” Bishop Badejo concluded. “It is my desire that the American people open their ears and their eyes and know exactly what kind of people are running to be the next President of the United States.”