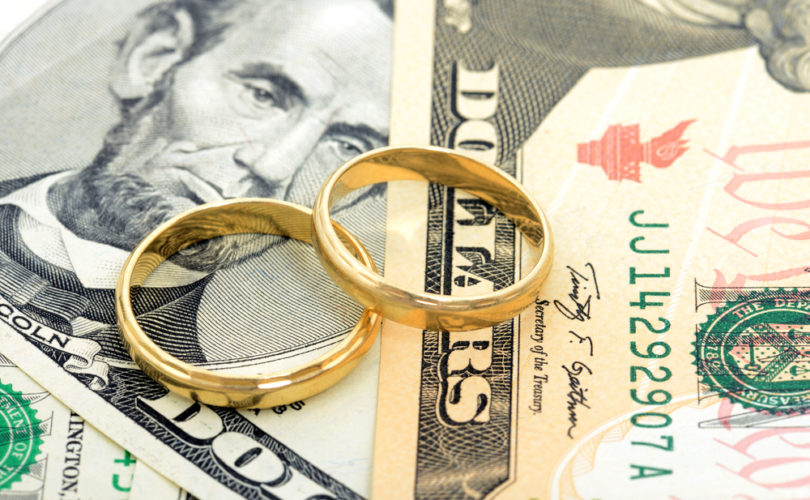 “The Catholic Bishops Conference of Nigeria would like to once again reiterate the perspective of the Church on more recent developments concerning the sanctity and dignity of human life and the institutions of marriage and the family all across the world,” reads the statement signed by Archbishop Ignatius Kaigama of Jos, president of the Nigerian Bishop’s Conference, and Conference Secretary Bishop William Avenya of Gboko.

The Nigerian bishops write in the statement, released on Wednesday, that the intensifying homosexual political pressure “will tend to provoke a notable and rapid shift in public opinion about the nature and meaning of marriage and family as it has been known for millennia,” which has in turn has resulted in legislative and judicial maneuvers to redefine marriage.

“We wish to state that this is a sad, unjust and lamentable situation based largely upon a distorted perception of natural law, the will of God and human nature,” the bishops say.

The bishops note that many of the world's leading economies – including Canada, France, the United Kingdom, Ireland and now the United States of America – have gone down the path of legalizing same-sex “marriage”. That worries them that these nations will exert economic and cultural pressure on traditional societies' “morality and values.”

The bishops expressed concern at “the persistent and continuous propagation and globalization of the homosexual lifestyle and the effort to redefine marriage which is a distorted view of human sexuality, coming especially from the Western world.”

The bishops call on Nigerian legislators to wary of accepting these Western trends, for the sake of families, because “endorsing homosexual unions or 'same-sex marriage' will be devastating and detrimental to our nation of Nigeria, as it will lead to the inevitable deconstruction of the family and the society at large, with other serious but negative implications.”

Furthermore, they appeal to those involved in media, music, entertainment, teaching, medicine, marketing and business “to become faithful gatekeepers by protecting the public from the infiltration of this propaganda, which is often spread through various media and forums.”

Finally, they appeal to parents to teach their children “the immutable meaning of marriage so as to strengthen them to stand fearless by the indelible truth in a rapidly changing world,” and to young people to hold firmly to the “sound religious and cultural values that celebrate the beauty and blessings of marriage as the lifelong union between one man and one woman.”

“We hereby re-emphasize,” the Nigerian bishops conclude, “that marriage is the sacred union of one man and one woman for the begetting and care of children. It forms the core of the family, which is the bedrock and foundational cell of our civilization and as such judges to shun all pressures and protect all Nigerians from the growing but dangerous influence of the Lesbian, Gay, Bisexual, Transgender propaganda.”

The Catholic bishops of Nigeria have repeatedly and unequivocally expressed their support for the protection of life, real marriage, family, and human dignity, and denounced the attempts by Western countries to impose the culture of death on Nigeria.

“The right to life is the first of all fundamental human rights,” the bishops stated in a document published at the end of the Plenary Assembly held in February 2013, under the theme of “Faith and Dignity of the Human Being.”

A communiqué issued last year following an international pro-life march and conference organized by the Catholic Bishops of Nigeria held in Abuja called for the Church to be “more courageous and consistent in pro-life activities in favor of human life, marriage and the family as counter-cultural antidotes to anti-life ideologies and practices.”

The Catholic bishops of Nigeria's Ibadan Ecclesiastical Province said in a statement at the beginning of their International Pro-life and Pro-family Conference held at the University of Ibadan in April that “the adoption or promotion of same-sex unions undermines the right to life, right to freedom of conscience, religious liberty, respect for moral and cultural values.”

“It also harms the innocence of children, degrades marriage and family life and destabilizes society, now and in the future,” the Ibadan bishops stated.

The full text of the July 8th statement on the stand of the Catholic Bishops Conference of Nigeria on Marriage, Family and Human Society is available here.

1
Ireland sees 42% more deaths in past two months compared to pre-COVID levels
2
Pfizer exec tells Project Veritas COVID jabs have ‘concerning’ impact on menstrual cycles
3
Catholic school board suspends Josh Alexander for rest of the year for opposing gender ideology
4
Former NFL linebacker dies suddenly at 25, no cause of death given
5
The US must shoot down China’s military spy balloon immediately
Subscribe to Daily Headlines »