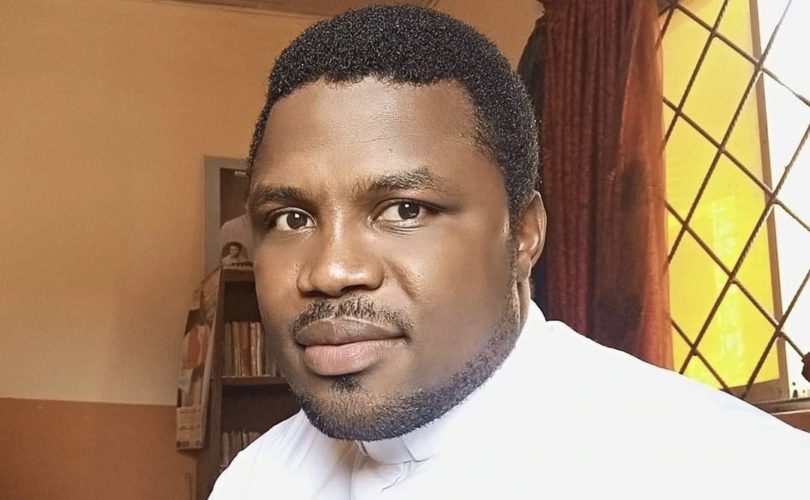 Father Elijah Juma Wada, who is the priest at St. Paul Catholic Parish of Buma, in Shani, was traveling on the road between Damboa and Maiduguri when he was abducted by members of the brutal Boko Haram group, responsible for the murders of an estimated 40,000 people in Nigeria in the decade or so since their rise to prominence.

The news was confirmed in a statement from a priest in Wada’s diocese, Father John Bakeni, to ACI Africa, in which he requested prayers “for the quick and safe release of Rev. Fr. Elijah Juma Wada, who was abducted by suspected members of Boko Haram sect along Damboa Maiduguri road in Borno State on Wednesday, June 30.”

“He spent the night in Biu Local Government Area before proceeding on his journey the following day (Wednesday, June 30) along Biu-Damaturu when he was abducted. There has not been any official communication with those that abducted the Priest,” the statement reads.

There are conflicting reports on the reason for Wada’s travel, with some saying he was on his way to a Mass in thanksgiving for a priest-friend, Father Yakubu Inda Philibus, who was celebrating his 10th anniversary since being ordained.

Elsewhere, reports claim that Wada was asked to provide relief for a neighboring parish in the diocese after the local priest was relocated. It was while driving to St. Patrick Church that Wada was abducted, according to a report in Vanguard News Nigeria.

Wada’s car was said to be found “riddled with bullets” and off the road “near Buratai town, a few kilometres from Biu,” an alleged friend of the priest, Mallam Yamta, told Vanguard.

Boko Haram released images of the priest’s vehicle, a silver Toyota Corolla, as evidence that they were responsible for his capture. The picture does not seem to portray any bullet hole damage, contradicting Yamta’s account.

The bishops of Nigeria have condemned the recent rise in kidnappings in the country, many of which are used to demand ransoms, and others result in the murder of the abductees. In May, demonstrators took to the streets of the national capital, Abuja, to protest rampant terrorism, blockading roadways and chanting “we must stop the kidnappings.”

Earlier in the month, two Catholic priests were snatched by an unknown band of criminals. One of the priests, 30-year-old Father Alphonsus Bello, was found dead the next day. The second priest, 75-year-old Father Joe Keke, remained in captivity for some weeks, only being released at the beginning of June. Father Chris Omotosho, director of communications for the Diocese of Sokoto, confirmed the priest’s release in a statement June 3. “We announce that Fr. Keke has been released from the hands of his captors. We thank those who prayed for his release.”

Archbishop Stephen Dami Mamza of the Diocese of Yola criticized the lack of effort by the government to safeguard its people in the wake of his brother priest being abducted and killed, saying “[c]itizens are losing faith in the government because it fails to fulfil its main constitutional responsibility which is the protection of the life and property of its citizens.”

Father Moses Iorapuu, director of social communications for the Diocese of Makurdi, addressed the “inability of the authorities to stop the fundamentalists as they continue to kill, rape, destroy homes, cultivated fields and kidnap.” The priest said the unwillingness of the government to intervene “is a confirmation of the complicity on the part of the federal authorities.” He added that “[a]mong the thousands killed … were also priests, catechists.”

In February, the Bishops Conference of Nigeria released a joint statement on the situation, declaring that the country is “really on the brink of a looming collapse, from which we must do all we can to pull back before the worst overcomes the nation.”

LifeSiteNews co-founder and editor-in-chief John-Henry Westen spoke with Nigerian priest Father Innocent Sunu in May about the continuing persecution of Christians in the region, including many priests losing their lives for remaining steadfast in the faith.

“So many of our fore-pastors have been kidnapped. They’re not just being kidnapped. They are being murdered in front of people openly,” Sunu lamented.

The priest described his initial arrival at the parish in Madagali where he ministers, explaining that the church, rectory, school, and clinic had been “completely destroyed” by Boko Haram terrorists. Despite this, and the daily threat of harm, Sunu believes he has the responsibility and God-given mission to make “something happen in that place.”

Sunu told LifeSiteNews that he contacted the parents of Fr. Wada on Friday, whose simple message was to “let the will of God be done.”

LifeSite has set up a LifeFunder page  for Fr. Sunu and his courageous work. Please prayerfully consider making a donation to make a difference in the lives of faithful, persecuted Catholics in the violence-torn country of Nigeria. You can securely donate here.