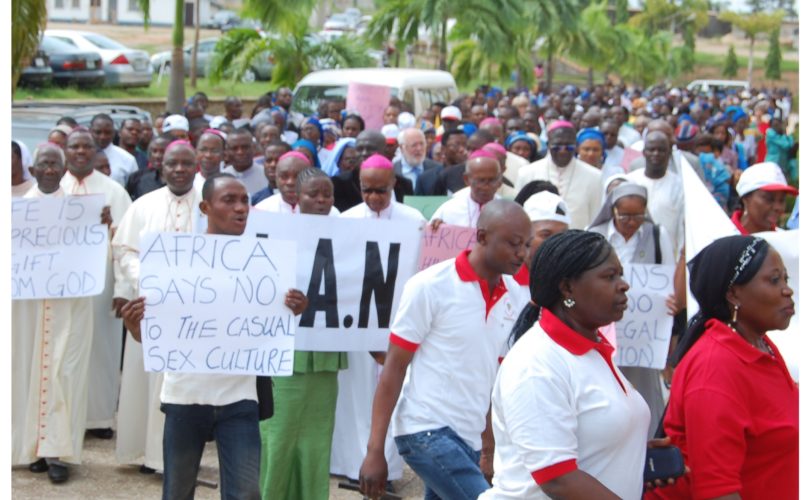 NIGERIA, August 22, 2016 (LifeSiteNews) – Nigeria’s bishops have warned that the country’s health minister is plotting the removal of the century-old abortion law in “collaboration” with foreign non-governmental agencies.

The country’s Catholic bishops issued the communiqué, which also touched on corruption and violence in local elections, after a three-day conference ending last Wednesday.

Signed by Archbishop Gabriel Abegunrin and Bishop Felix Ajakaye, the statement “condemned the recent move by the Minister of Health, Prof. [Isaac] Adewole in collaboration with the foreign agencies to commit the federal government to increasing the culture of contraception and subsequently, abortion among our people.”

It did not name the agencies, but the Nigerian Vanguard newspaper stated that “the crusade to legalize abortion did not start from Nigeria. It remains an imported phenomenon and now propagated by pro-abortion groups like IPPF [International Planned Parenthood Federation], Ipas, Society for Family Health, UNICEF [and] USAID.”

Reports on the number of fatalities annually attributable to unsafe and illegal abortions vary wildly from 20,000 to 44,000 a year, as do the number of abortions from 750,000 to 1.5 million. Abortion is legal when two doctors agree the mother’s life or mental health is at risk — at least in the Christian south of the countr. In Muslim areas, an older, stricter law prevails.

The bishops see elimination of the abortion laws as down the road. For now, they are focused on the government’s cooperation with an NGO campaign to push contraceptives. Currently, there is a drive to distribute female condoms widely because, despite the availability of male condoms, male Nigerians do not like to use them.

“The policy is being done all in the name of providing better maternal health and empowering our people,” the bishops said. “We see such moves as deceptive to our people and harmful to moral values and we ask Nigerians to reject them. Our youth and women need better power supply, potable water, good roads, better health and educational institutions more than these contraceptives. Our country must reject this relentless offer of anti-life incentives under the guise of foreign aid in order not to destroy our beautiful culture.”

Human Life International, a pro-life non-governmental organization based in the United States, came out strongly in support of the bishops. The organization’s Brian Clowes told LifeSiteNews, “Professor Adewole does not seem to be aware that his nation is being manipulated by rich Western interests whose only desire is to continue to pillage the natural resources of Nigeria, which has been the target of population suppressions since 1974.”

Clowes added that research outside Africa shows that “contraception and abortion do absolutely nothing to improve maternal health. In fact, two countries where abortion is illegal – Ireland and Chile – have among the lowest maternal mortality rates in the world.  What Nigerians need are not pills and IUDs and abortion but authentic economic development in the form of better health care, attended childbirth, and better roads and schools.”

Clowes said abortion advocates such as Ipas, the Center for Reproductive Rights and IPPF collaborate with a nation’s ministry of health to come up with “official-sounding guidelines to improve maternal health.” But their thrust is always contraception and abortion.

Government foreign aid agencies tie legitimate aid projects contraception promotion, Clowes added. But The Gates Foundation’s Family Planning 2020 project “removed all the pretense of real aid in focusing only on contraception, especially dangerous methods like Depo-Provera, an injectable contraceptive which is now under heavy criticism even from many of Gates’ partners.”