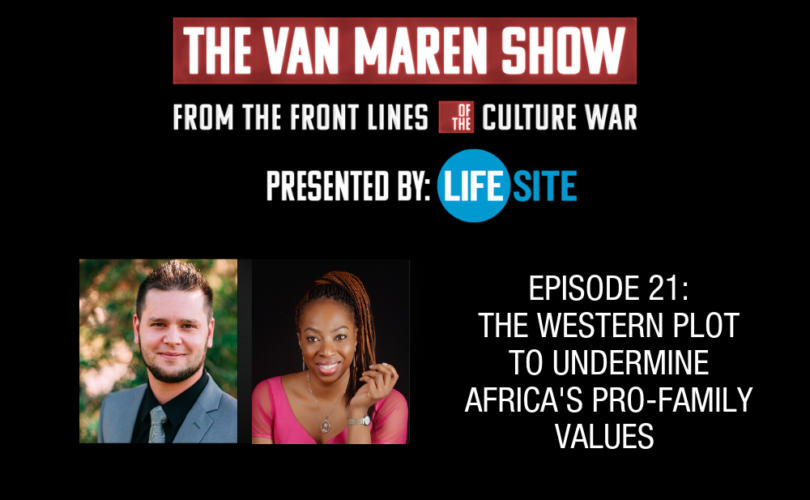 June 12, 2019 (LifeSiteNews) – Obianuju Ekeocha is an internationally known pro-life speaker and strategist. She is the founder and president of Culture of Life Africa, “an initiative dedicated to the promotion and defense of the African values of the sanctity of life, beauty of marriage, blessings of motherhood, and the dignity of family life.”

Most recently, Ekeocha has become a much more recognized name within the pro-life movement. She’s advised African U.N. delegates, ambassadors, and other decision makers and policymakers on life and family issues. She’s worked with African religious leaders who are attempting to oppose the onslaught of “Western Values” onto their countries.

In this episode of The Van Maren Show, Ekeocha and Van Maren begin by discussing her rise within the pro-life movement and move into drastic differences between African culture as a whole and Western culture. She says the West is working really hard to be an educator to African countries. The more Westernized people are becoming, the fewer children they’re having, because that’s what they’re seeing as ideal; however, the “regular African who has not been so bombarded by the Western message still sees the large family as normal.” Ekeocha details that people in Africa truly don’t understand how big abortion is in the West.

Ekeocha is the author of Target Africa: Ideological Neo-Colonialism of the Twenty-First Century, which reveals exactly what the West is currently doing in Africa. She also has a documentary titled Strings Attached. Learn more about the work Ekeocha is doing with Culture of Life Africa by clicking here.