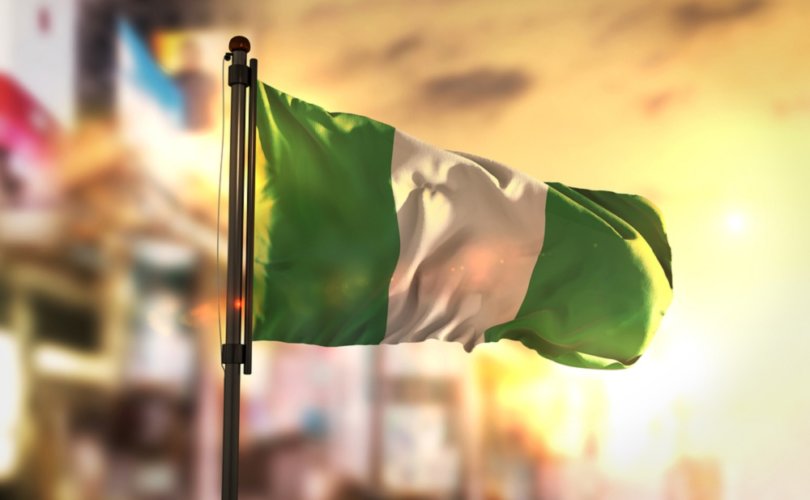 Help an African bishop build a training college for the poor: LifeFunder.com

SOKOTO, Nigeria (LifeSiteNews) — An outspoken Nigerian bishop has reportedly been called in for questioning by federal secret police after he criticized the country’s president, a Muslim, for his role in the continued persecution of Christians.

In a Christmas message delivered from the Diocese of Sokoto in northwestern Nigeria, Bishop Matthew Kukah accused President Muhammadu Bahari’s government of silence that “only feeds the ugly beast of complicity in the deeds of these evil people who have suspended the future of entire generations of children.” These comments prompted the State Security Service (SSS) to “invite” the Catholic leader for questioning.

“Every day, we hear of failure of intelligence, yet, those experts who provide intelligence claim that they have always done their duty diligently and efficiently. Does the President of the Federal Republic of Nigeria not believe that he owes parents and citizens answers as to where our children are and when they are coming home?” Bishop Kukah asked. “Does the President of Nigeria not owe us an explanation and answers as to when the abductions, kidnappings, brutality, senseless, and endless massacres of our citizens will end?”

The bishop, whose diocese in Kaduna state has been plagued with Islamist attacks by Boko Haram and Fulani herdsmen, was subsequently contacted by the SSS, but has so far failed to attend their headquarters for the meeting.

The secret police force has a reputation for intimidation and assassination of dissidents, according to the Peoples Gazette in Nigeria.

The bishop’s Christmas message, which ACI Africa reported on, accused the government and the ethnically Fulani President Buhari of leaving the fate of Nigerians, particularly abducted children, in the hands of “evil men.”

“Today, after over seven years, our over one hundred Chibok Girls are still marooned in the ocean of uncertainty. Over three years after, Leah Sharibu is still unaccounted for. Students of the Federal Government College, Yauri, and children from Islamiyya School, Katsina, are still in captivity,” Bishop Kukah said.

“This does not include hundreds of other children whose captures were less dramatic. Nothing expresses the powerlessness of the families like the silence of state at the federal level,” he added. “We have before us a government totally oblivious to the cherished values of the sacredness of life. Tales and promises about planned rescues have since deteriorated into mere whispers.”

The bishop of Sokoto urged President Buhari to “develop a more honest, open and robust strategy for ending the humiliation of our people and our restoring social order to our people. We have borne enough humiliation as communities and a country.”

At least seven Christians were killed and dozens abducted on Christmas Day in Zamfara state after Fulani jihadists attacked some fifteen villages in the region following a demand from the herdsmen that churches close permanently, whilst a priest was also murdered after Christmas Eve Mass in Ogun state.

Approximately 17 Nigerian Christians are killed every day by Islamists, with some 3,462 murdered in the first 200 days of 2021. Fulani herdsmen are thought to be responsible for almost 2,000 of those deaths.

Help an African bishop build a training college for the poor: LifeFunder.com