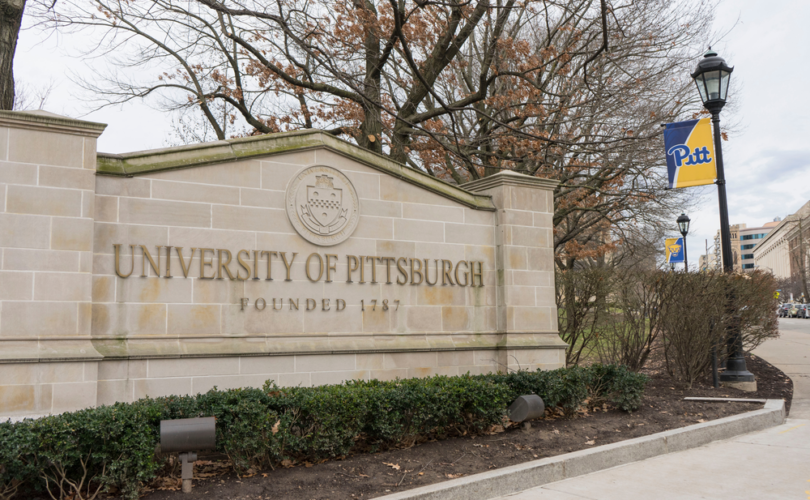 WASHINGTON (LifeSiteNews) – The National Institutes of Health (NIH) refused to answer questions posed by almost 100 congressmen in September regarding fetal tissue research at the University of Pittsburgh.

A letter to Republican U.S. Sen. Steve Daines of Montana, the chair of the Senate Pro-Life Caucus, from NIH acting principal deputy director Tara Schwetz stated that the Office of Extramural Research (OER) has “been in discussions with [the university] to determine the veracity of these allegations.”

“[The university] commissioned an independent, third-party firm to review and assess the fetal tissue research processes and practices,” Schwetz said. “This assessment reviewed all of [the university]’s activities related to procurement, disbursement, and use of fetal tissue to determine if they were fully compliant with all applicable laws.”

The response from the NIH refers to an investigation conducted by Washington, D.C. law firm Hyman, Phelps & McNamara, P.C. (HPM) on behalf of the university. The investigation found that experiments, including grafting aborted babies’ scalps to rodents and harvesting livers from babies that had been aborted alive, were “in compliance with federal and state laws.”

Daines, speaking to The Federalist, said, “Rather than conducting its own investigation, the Biden administration has chosen to rely on a woefully inadequate outside report paid for by Pitt.” “This report fails to address our concerns that Pitt’s research may have involved fetal tissue harvested from babies who were born alive or where the abortion methods were altered.”

“This type of research is not only unethical and completely repulsive, but contrary to federal law. We need answers.”

Last summer, a group of physicians indicated that remarks made by the university implied that the tissue harvested for experiments could have been harvested from living fetuses after Judicial Watch released a document in which the university told the NIH that it sought to “develop a pipeline to the acquisition, quality control and distribution of human genitourinary [urinary and genital organs and functions] samples obtained throughout development (6-42 weeks’ gestation)” in the federal GUDMAP program.

The physicians’ claims were based on a remark made by the university stating that it could reduce ischemia time, or the “time after the tissue collection procedure and before cooling for transport,” according to FOX.

The university later claimed that the fetal organs do not suffer blood loss until “after the tissue collection procedure,” which according to the Center for Medical Progress, implied that “the organs are still receiving blood supply from [a] fetal heartbeat during the ‘tissue collection.’” The university has maintained its innocence, claiming that it had nothing to do with medical procedures, but that they take place at the University of Pittsburgh Medical Center (UPMC), a separate entity. This, however, has led to confusion about its comments on ischemia time and the procuring of quality tissue.

Lawmakers had asked that the Biden administration produce documentation dealing with abortions at the University of Pittsburgh, including the number of abortions, miscarriages, stillbirths, or newborns used in the GUMAP program.

“Faced with serious questions about the ethics and legality of government sponsored experiments on aborted babies at the University of Pittsburgh, the NIH is trying to pass the buck and refusing to exercise its oversight duties to protect both taxpayers and human research projects,” said David Deleiden, founder and president of the Center for Medical Progress, in an interview with the The Federalist.

The OER dismissed the concerns, stating that it “does not comment on grant compliance reviews on its supported recipient institutions or supported investigations.” However, it did note that a nurse did seek consent from individuals to donate tissues for research purposes after miscarriages or abortions.

Speaking to LifeSiteNews, Daines said, “It’s no surprise that [the NIH is] looking the other way at these horrific practices and relying on a woefully inadequate outside report paid for by Pitt. Congress has a responsibility to be a good steward of taxpayer dollars, investigate violations of the law and protect the unborn.”

LifeSite reached out to the University of Pittsburgh for comment but has yet to receive a response.