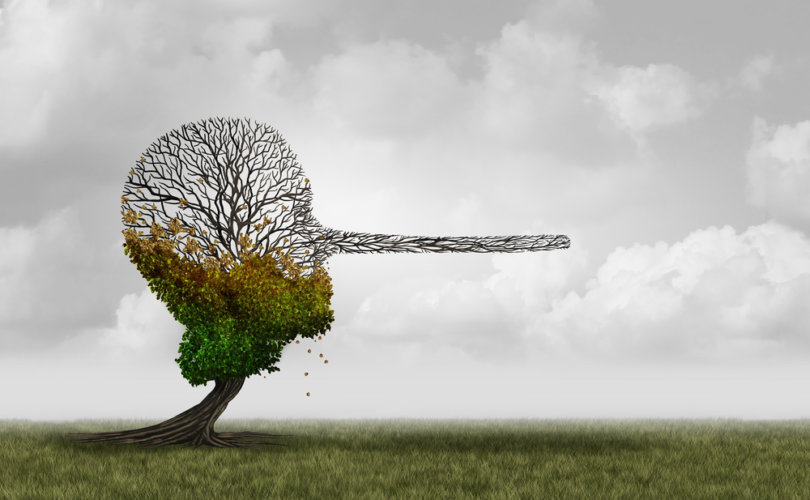 (The Daily Sceptic) – The political fiction that humans cause most or all climate change and the claim that the science behind this notion is “settled” has been dealt a savage blow by the publication of a “World Climate Declaration (WCD),” signed by over 1,100 scientists and professionals.

There is no climate emergency, say the authors, who are drawn from across the world and led by the Norwegian physics Nobel Prize laureate Professor Ivar Giaever. Climate science is said to have degenerated into a discussion based on beliefs, not on sound self-critical science.

The scale of the opposition to modern day “settled” climate science is remarkable, given how difficult it is in academia to raise grants for any climate research that departs from the political orthodoxy. (A full list of the signatories is available here.) Another lead author of the declaration, Professor Richard Lindzen, has called the current climate narrative “absurd”, but acknowledged that trillions of dollars and the relentless propaganda from grant-dependent academics and agenda-driven journalists currently says it is not absurd.

Particular ire in the WCD is reserved for climate models. To believe in the outcome of a climate model is to believe what the model makers have put in. Climate models are now central to today’s climate discussion and the scientists see this as a problem. “We should free ourselves from the naïve belief in immature climate models,” says the WCD. “In future, climate research must give significantly more emphasis to empirical science.”

Since emerging from the “Little Ice Age” in around 1850, the world has warmed significantly less than predicted by the Intergovernmental Panel on Climate Change (IPCC) on the basis of modelled human influences. “The gap between the real world and the modelled world tells us that we are far from understanding climate change,” the WCD notes.

The declaration is an event of enormous importance, although it will be ignored by the mainstream media. But it is not the first time distinguished scientists have petitioned for more realism in climate science.

In Italy, the discoverer of nuclear anti-matter emeritus professor Antonino Zichichi recently led 48 local science professors in stating that human responsibility for climate change is “unjustifiably exaggerated and catastrophic predictions are not realistic.” In their scientific view, “natural variation explains a substantial part of global warming observed since 1850.” Professor Zichichi has signed the WCD.

The declaration notes that the Earth’s climate has varied for as long as the planet has existed, with natural cold and warm periods. “It is no surprise that we are experiencing a period of warming,” it continues. Climate models have many shortcomings, it says, “and are not remotely plausible as global policy tools.” They blow up the effect of greenhouse gases, such as carbon dioxide, but ignore any beneficial effects. “CO2 is not a pollutant,” it says. “It is essential to all life on Earth. Photosynthesis is a blessing. More CO2 is beneficial for nature, greening the Earth; additional CO2 in the air has promoted growth in global plant biomass. It is also good for agriculture, increasing the yield of crops worldwide.”

In addition, the scientists declare that there is no statistical evidence that global warming is intensifying hurricanes, floods, droughts and such-like natural disasters, or making them more frequent. “There is no climate emergency,” the declaration goes on. “We strongly oppose the harmful and unrealistic net-zero CO2 policy proposed for 2050,” it says, adding that the aim of global policy should be “prosperity for all” by providing reliable and affordable energy at all times.

The WCD is the latest sign that the “settled” fantasy surrounding climate change science is rapidly breaking down. Last year, Steven Koonin, an Under-Secretary of Science in the Obama Administration, published a book titled “Unsettled” in which he noted that, “The science is insufficient to make useful projections about how the climate will change over the coming decades, much less what our actions will be.” He also noted that rigidly promulgating the idea that climate change is settled demeans and chills the scientific enterprise, “retarding its progress in these important matters.”

In 2020, the long-time green activist Michael Shellenberger wrote a book called “Apocalypse Never” in which he said he believed the conversation about climate change and the environment had in the last few years “spiralled out of control.” Much of what people are told about the environment, including the climate, is wrong, he wrote.

Of course, green extremists in academia, politics, and journalism will continue to argue for the command-and-control they crave through a net-zero policy. In the end, their warped view of the scientific process will fade, leaving a trail of ludicrous Armageddon forecasts, and yet more failed experiments in hard-left economic and societal control.

Postscript: When the Daily Sceptic posted this article on its Facebook page, it was labelled “False Information,” a conclusion reached after it was “checked by independent fact-checkers.” If you then click on “See Why,” you’re taken to this page on a website called Climate Feedback. It takes issue with this sentence in the Petition on Anthropogenic Global Warming started by Professor Antonino Zichichi: “Natural variation explains a substantial part of global warming observed since 1850.” This is “incorrect” for the following reason: “Natural (non-human) drivers of climate change have been mostly stable since the onset of modern warming and all the available scientific evidence implicates human greenhouse gas emissions as the primary culprit. Scientific evidence also indicates that climate change is contributing to intensified or more frequent natural disasters such as heatwaves, drought and heavy rainfall.”

To claim “all the available scientific evidence” supports the view that human activity is the “primary culprit” when it comes to climate change is a bit misleading, surely? In fact, Professor Zichichi refers to at least some scientific evidence that the anthropogenic responsibility for the climate change observed during the last century has been exaggerated on page 1 of his petition. Indeed, Climate Feedback’s labelling of the central claims made in the World Climate Declaration as “incorrect” is a step up from its previous analysis of the Declaration, which concluded that the scientific credibility of the Declaration was “very low.”