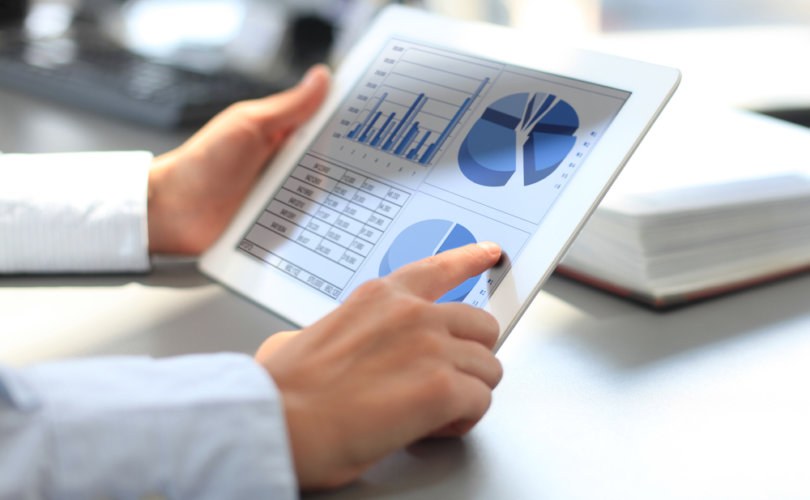 OTTAWA, June 12, 2017 (LifeSiteNews) — An Ontario judge has tossed out a provincial Liberal law that banned access to abortion statistics on the grounds it violated the Charter.

“This is a huge victory for freedom of expression,” said André Schutten of the Association of Reformed Political Action (ARPA) Canada, which brought the court challenge to the law along with pro-life activist Patricia Maloney.

The June 9 decision by Justice Marc Labrosse of the Ontario Superior Court is “historic” because it’s an unprecedented Charter ruling, added Schutten in a statement released the same day.

“There has never been a decision granting access to information from the executive branch based on the freedom of expression provision of the Charter,” he said.

The January 2012 law brought in by then-Premier Dalton McGuinty amended Ontario’s Freedom of Information and Protection of Privacy Act (FIPPA) to exclude “records relating to the provision of abortion services.”

But ARPA and Maloney argued in February the FIPPA amendment was unconstitutional because it censored not only Ontario residents but all Canadians “from having access to meaningful abortion-related information,” according to ARPA’s statement.

Labrosse agreed with the pro-lifers, stating in his decision:

One could simplify the main question as being: Does having less than 50 percent of some of the statistical information on a matter of important public interest allow for a meaningful public discussion? For the reasons which follow and given the place the abortion debate takes in the Canadian political and social environment, I think the answer to the question is ‘no.'

The Ontario government had argued disclosing hospital records on abortion “could pose risks to the safety and security of their patients, healthcare providers and other staff,” Labrosse summarized in his ruling.

He rejected this argument, citing lack of evidence.

The government also claimed the Ontario legislature decided safety concerns trumped the public’s right to freedom of information when it came to abortion.

Evidence provided by ARPA and Maloney “suggests that there was no such specific debate in the Ontario legislature,” he stated.

Maloney is an Ottawa blogger well known for publishing her in-depth investigations and analysis of abortion statistics on her blog Run for Life.

Most notably, she has documented the number of babies who survived late-term abortion and were left to die.

She’s also the one who discovered Ontario Liberals had passed a law censoring abortions stats, when the Ministry of Health responded to an FOI request she made in March 2012.

Maloney launched her own challenge to the law in 2013, lost, and was on her third appeal when the government released the information she wanted “outside the FIPPA process,” according to an ARPA report.

She and lawyer Albertos Polizogopoulos then joined forces with ARPA to challenge the law in April 2015.

“The government is just worried that if people knew how many abortions are being done, they wouldn’t like it,” Maloney told LifeSiteNews during the February 2017 hearing.

The state “does not hide information about any other medical procedure,” she added.

In October 2012, Maloney reported that Statistics Canada data between 2000 and 2009 revealed 491 abortions of 20 weeks gestation or more resulted in a live birth.

“This means that the aborted child died after it was born,” she wrote then.

In April 2015, Maloney revealed this figure had increased 16 percent in 2013 to 2014, with Statistics Canada data documenting that 182 babies died after they were born alive following late-term abortions.

After Maloney released her 2015 findings, a spokesperson for Vellacott told LifeSiteNews there had as yet been no “satisfactory response” from the RCMP.

“These numbers testify to the gruesome reality of children who are potentially being born alive and left to die or killed,” Jack Fonseca, Campaign Life’s senior political strategist, said at the time.

“Even according to Canadian law, as corrupt as it is, that would be murder. We need a born-alive protection act in Canada.”

Indeed, under Canada’s Criminal Code, a child is a human being and under the protection of the law when fully emerged from his or her mother’s birth canal.

All this underscores the significance of Labrosse’s June 9 ruling.

“This decision strengthens democracy,” says Schutten, who is ARPA Canada's director of law and policy.

“The question at the heart of this case was whether governments can avoid accountability on a particular matter simply by excluding information related to that matter from the access to information law,” he pointed out.

Abortion is “a matter of of public importance and the courts have long recognized this, added Schutten.

“Abortion is also a recognized political issue, and political expression is at the core of protected speech under the Charter of Rights and Freedoms.”