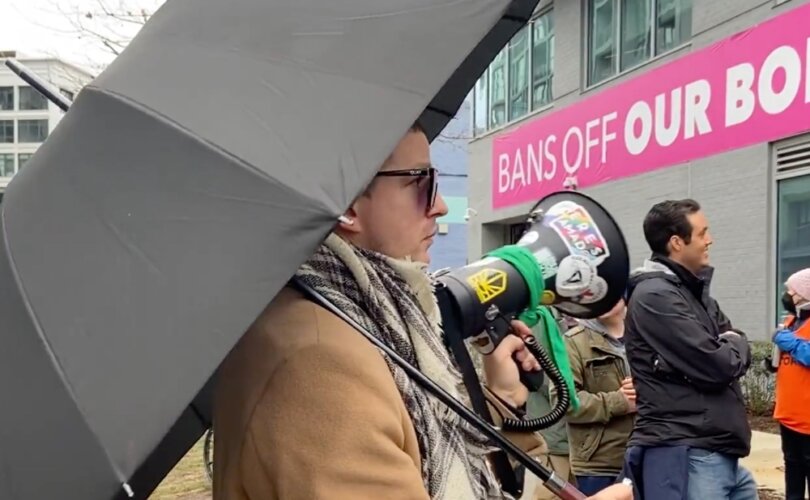 WASHINGTON, D.C. (LifeSiteNews) — A pro-abortion leftist mocked women who died from abortion during a pro-life event on Thursday outside of a D.C. Planned Parenthood.

“No one cares,” the pro-abortion leftist yelled through a megaphone. “Who the [expletive deleted] name is that,” he said in response to the recitation of another woman’s name.

“Next!” and “No one cares,” the pro-abortion male shouted. “Good,” he yelled when the speaker read off another name.

Abortion activists frequently try to downplay the risks from abortion to women.

The University of New Mexico, for example, paid out $365,000 t0 settle a lawsuit from the family members of a woman killed by an abortion.

The mom and sister of Keisha Atkins first filed a lawsuit in 2018 after the 23-year-old died in 2017 after seeking a 24-week abortion from late-term abortionist Curtis Boyd at Southwestern Women’s Options.

Another abortion facility filed for bankruptcy in 2016 due to $6.5 million owed for medical malpractice. The abortionist, Steven Brigham, botched multiple abortions and lost his license in New Jersey.

Abortionist Reginald Sharpe has a years-long history of botched abortions that left his patients wounded, sterile, or dead, as previously reported by LifeSiteNews.

In January 2008, the abortionist perforated a 26-year-old woman’s uterus, “cut a uterine blood vessel, lacerated her intestines, and liver” during a botched abortion. She died eight days later.

The American Association of Pro-Life Obstetricians and Gynecologists wrote in a 2022 report that the American College of Obstetricians & Gynecologists regularly ignores “the wealth of evidence showing significant harms to women from abortion, such as adverse mental health outcomes and an increased risk of preterm birth in future pregnancies.”