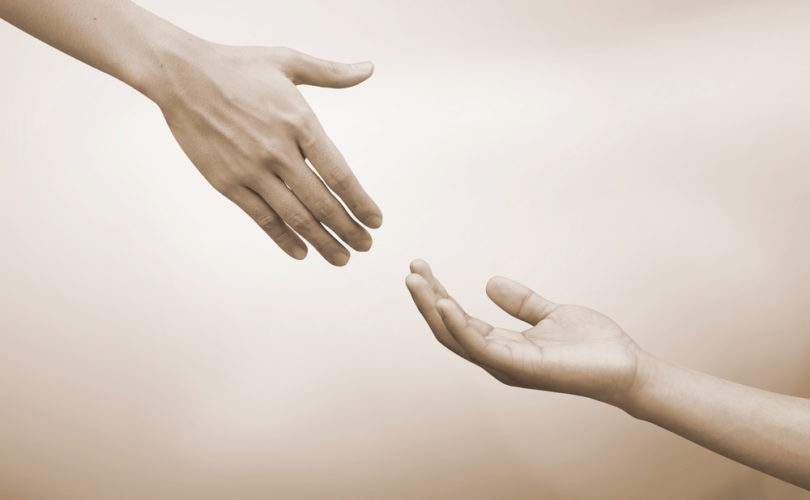 February 24, 2016 (CardinalNewmanSociety) — Catholic colleges and universities have some of the best social justice initiatives fighting hunger, poverty and injustice, but this must always be done in the context of fidelity to the Church and should never act as a free pass to contradict Church teaching, Benedictine College theology professor Dr. Jamie Blosser told The Cardinal Newman Society.

“In the context of a Catholic institution, no argument should ever be used to contradict Church teaching, social justice or otherwise,” said Blosser, who is overseeing the Social Justice Week events being held this week at the Newman Guide-recommended Benedictine College in Atchison, Kan. “In any Catholic institution, the Catholic dogmatic and intellectual tradition should be the core set of values which illuminates and guides all learning and scholarship.”

Benedictine’s Social Justice Week, which runs from February 22-26, is now in its 30th year at the College, and is an annual opportunity for student groups like the Knights of Columbus, Ravens for Life and the Benedictine College Hunger Coalition to spread awareness of their missions and goals on campus and in the local community. This year, students invited Sister John Mary Fleming, O.P., executive director for the Secretariat of Catholic Education for the U.S. Conference of Catholic Bishops, to speak on “mission-driven Catholic education.”

“Catholic social teaching will be used as an excuse to support anti-Catholic agendas only if it is detached from the larger Catholic vision of human life and destiny,” Blosser said, noting how many Catholic colleges can misconstrue the meaning of social justice and use it to support events, agendas and policies contrary to Church teaching. “Social teaching is part and parcel of the entire body of Catholic doctrine, and is never to be separated from it.”

So what is social justice?

Social justice, simply put, is the implementation of the central moral and anthropological tenets of the Catholic Church applied to the realm of social and economic life, Blosser explained. This is supported by the example and teaching of several popes, including Pope Benedict XVI and Pope Francis, he added.

Pope Benedict once summed up what he called ‘real social justice’ as ‘the pillars of every human community worthy of this name,’ including ‘the defense of life from its conception to its natural end, religious freedom, the free expression of thought, and also the other civil freedoms,’ and especially the protection ‘of the primary cell of society: which is nothing other than the family based on the matrimonial union of a man and a woman.’

“Of course, any ‘social justice’ position that directly contradicts Pope Benedict’s list is not social justice; especially if it harms the family,” he continued.

“As Pope Francis put it in the Philippines, ‘family is also threatened by growing efforts on the part of some to redefine the very institution of marriage, by relativism, by the culture of the ephemeral, by a lack of openness to life,’” Blosser said.

Other areas that students and speakers will touch on this week at Benedictine include human trafficking and homelessness. The proliferation of both of these tragic circumstances demonstrates “that modern society has failed to recognize and protect adequately the dignity of all human persons,” Blosser added.

“As a Catholic, Benedictine institution, Benedictine College seeks to foster among members of our community an enduring commitment to the entire body of beliefs and values concomitant with the Catholic doctrinal and intellectual tradition,” he said. “Social justice issues are a significant part of that tradition.”