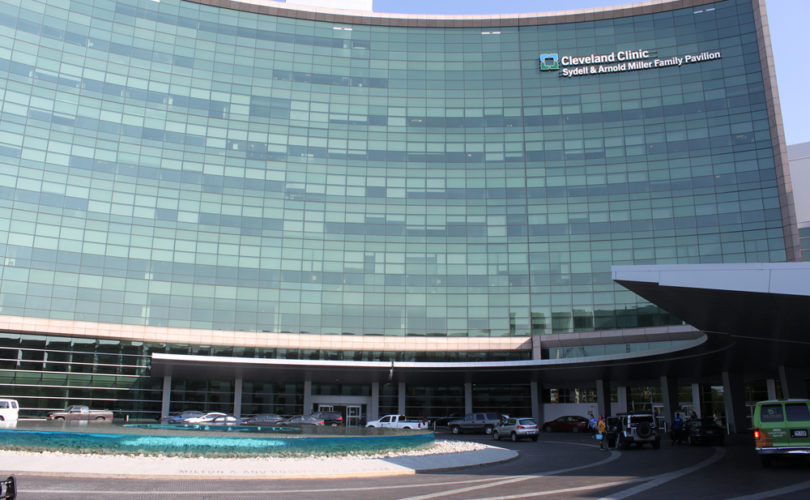 (LifeSiteNews) — Two major healthcare organizations in Ohio announced a ban on individuals who choose not to take the COVID shot from obtaining an organ transplant.

“Cleveland Clinic has recently developed safety protocols for solid organ transplantation that require COVID-19 vaccination to be an active transplant candidate or living donor,” the clinic said in a statement. It will still harvest the organs of deceased unvaccinated people, however.

“Vaccination is particularly important in these patients for their safety,” the clinic said. “For the living donor, preventing COVID-19 infection around the time of a surgical operation is crucial. For the transplant candidate, in addition to a major operation, medications taken after an organ transplant weaken a person’s immune response.”

Cleveland Clinic operates 18 hospitals and more than 200 outpatient locations worldwide, though it was not immediately clear if the policy applies to all locations.

The hospital system did not post the statement on its newsroom page and it can only be found in other articles online. It recently barred a mother with a liver condition from receiving a transplant from her own daughter because neither will get jabbed.

University Hospitals (UH) in Cleveland said that “in light of recent studies pointing to the risk solid organ recipients and living donors face if they contract COVID-19, the UH Transplant Institute will begin requiring COVID vaccinations for its patient population.” It operates 40 clinics and 18 hospitals.

The new policy has harmed other people immediately, including at least one person who is considered “fully vaccinated.”

“Mike Ganim was five days away from life-saving kidney transplant surgery when his wife, Debi, got the devastating news,” WKYC.com reported October 8. But Ganim, who located a donor after making a plea on Facebook, could not receive his kidney because his donor chose not to get jabbed.

Sue George reached out and determined her blood type matched with Mike Ganim’s blood. George’s daughter is a former student of Debi Ganim, but the teacher elected for religious and medical reasons to not get jabbed.

“We were blindsided,” George said, who told WKYC she had told the doctors she has not taken the COVID shot. “I don’t want to get the vaccine … I’ve got reasons — medical, religious and also freedom.”

An attorney with experience in federal law said the situation could lead to issues in the medical field.

“A significant side effect of the Cleveland Clinic’s mandate will be a credibility crisis in American medicine,” Nathaniel Stewart wrote in an article on October 13 for The Federalist. “Such policies are so distasteful to patients and their families that they can only breed distrust and contempt. As other families lose loved ones to misbegotten vaccine mandates, the public will begin to question the most routine medical advice and wonder whose interests it really serves.”

“Should the tragic facts of Ganim’s case ever be presented to a jury of his peers,” Stewart concluded, “perhaps they will tell us whether the hospital’s heartless manipulation is rooted in political self-interest, blind stupidity, or malevolent hubris—an uncomfortable choice that the country should never have to make.”