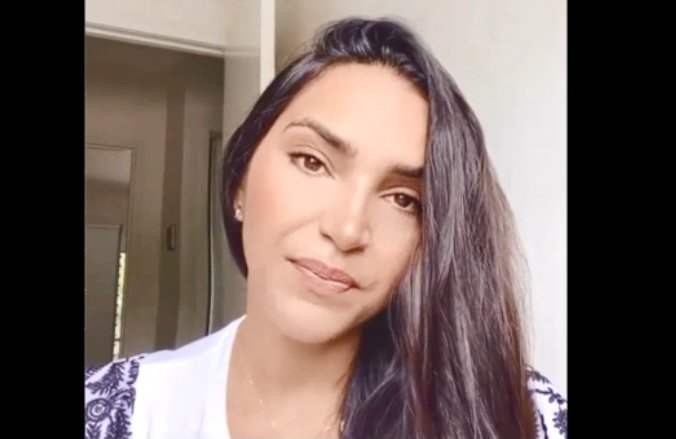 (LifeSiteNews) – An Australian mother shared this month that five days after she received a second dose of the Pfizer shot her full-term unborn baby girl died from a brain hemorrhage.

Stephanie Whitmore said she is sharing her story because she “was all for” the COVID shot, but she believes the Pfizer shot is the cause of her daughter Isabella’s death.

Whitmore told in writing how she took the advice of her doctors to take a COVID shot in order to “keep [her] family and baby safe,” and went on to receive her first dose of the Pfizer jab on September 13, 2021. At the time, she “didn’t have any reactions whatsoever.”

On October 4, 2021, she received her second Pfizer shot. “My baby was healthy and perfect through the entire course of my pregnancy,” she wrote. “She was due any time now, two days after my second Pfizer vaccine dose.”

Whitmore shared in a video recounting what happened, “I had my 36 weeks’ appointment one week before she died. She had her “head down, so she was ready to come.”

Soon after, Whitmore noticed that Isabella had stopped moving, and went to the hospital to see if anything was wrong. They first checked her heartbeat and found that it was “beating well,” and Whitmore “felt a sense of relief.”

But then they performed an ultrasound and found that Isabella “had a blood clot in her brain.”

“Everything happened so quick,” said Whitmore. Isabella began to experience an intraventricular hemorrhage (IVH), or bleeding in the brain, and eventually, her heart stopped. Isabella was still inside her mother.

“Giving a stillbirth to my daughter was one of the most traumatic things I have experienced in my life and I would never wish this upon anyone,” wrote Whitmore.

She requested an autopsy, which returned indicating that the cause of death was “not identified.” Whitmore asked what the usual cause of such a death is. “They said pre-eclampsia (hypertension during pregnancy), high blood pressure and thrombosis, or genetic disorders – which came back clear too.”

Johns Hopkins Medicine notes that IVH is “most often seen in premature babies,” and “may develop in full-term babies, though it is very uncommon.”

While Whitmore clarified in her video testimony that she is “not anti-vax,” she wrote, “Because the doctors were unable to identify the cause, I believe it was the Pfizer vaccine. I am not sure and I will never know, but there is no other explanation.”

Regarding the COVID jab, Whitmore wrote, “I have asked my friends to please think twice if you are pregnant, from someone who believed this was the right thing to do, I never thought this would happen.”

Whitmore added a heartfelt letter to her daughter: “No words can describe the pain that I am feeling right now because I miss you so much my sweetheart … Everything happens for a reason and I can’t understand now the reason that you are not with me, but I trust God and I know He has His perfect plans for us. Bella my love, I promise you that I will be always close to you and praying for … Jesus to look after you.”

Bleeding disorders in babies of vaccinated mothers, as well as in those who have received COVID shots, are described in thousands of VAERS reports, including 2,177 records of deaths after COVID vaccination. Many of these reports include descriptions of patients experiencing nosebleeds, blood in stool from gastric bleeds, brain bleeds, bruising, and bleeding from the mouth.

One VAERS report describes a five-month-old breastfeeding baby who died from a rare autoimmune bleeding disorder, Thrombotic Thrombocytopenic Purpura (TTP), after developing a rash the day after his mother received a COVID vaccine.

Blood clots are also a frequently recorded side effect of the COVID jabs. Pfizer’s COVID shot has been  linked  to blood clotting by Israeli scientists in a June research paper. And as early as December 2020, evidence  was emerging that mRNA-developed jabs were associated with dangerous blood clots.

According to the Vaccine Adverse Event Reporting System (VAERS), cardiac conditions also account for a sizable portion of reports. To date, the database shows 8,136 reports of heart attacks. The system also shows 3,735 cases of  thrombocytopenia, a condition causing low platelets in the blood and leading to blood clots.