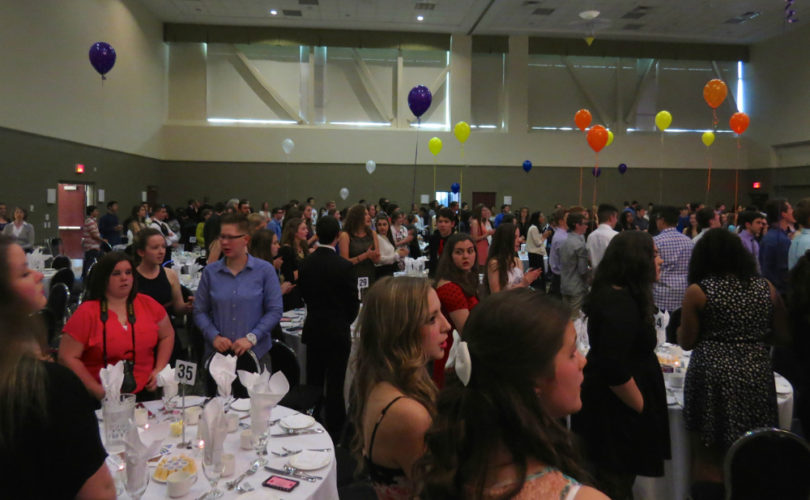 850 teens took part in the National March for Life Youth Conference in Ottawa on May 15, 2015.Pete Baklinski / LifeSiteNews

OTTAWA, May 22, 2015 (LifeSiteNews.com) — About 850 youths learned last week about the power of politics and the enormous weight each of their votes have — or will have once they reach 18 — in the fight to bring justice to the pre-born by ending abortion.

“Politics is one of the best ways that pro-lifers, especially youth pro-lifers, can make their voices heard,” Campaign Life Coalition’s Alissa Golod told the youth attending a conference following the annual National March for Life in Ottawa that drew an estimated 25,000 people last Thursday.

Since March, Golob has been traveling the country as part of a campaign — described as “the biggest pro-life campaign Canada has ever seen” — to convince citizens not to vote for Liberal leader Justin Trudeau in the upcoming federal election because of his own and his party’s extreme pro-abortion policies. She has teamed up with Jonathon Van Maren from the Canadian Centre for Bio-Ethical Reform.

Golob said during her talk last Friday that while young people comprise about 40 percent of eligible voters, only a fraction of them actually vote at election time.

“If we comprise almost half of the entire voting population and can make an actual difference in electing pro-life candidates and a pro-life prime minister, then why aren't we taking advantage of that?” she asked.

Golob referenced a poll that found the main reason young people do not vote is because of the lack of a cause to inspire them.

“Which is why every single person here has an advantage, because we all care about the issue of abortion and we will all stand up on Parliament Hill and demand legal protection for the unborn. We care about this cause. Which means that we can be ‘single issue voters’ and we can actually make a difference in elections,” she said to applause.

“Every single time there is an election, all you have to do is go to our website, put in your Postal Code and all the candidates will come up and you can see right-then-and-there who is pro-life and who is not.”

Golob challenged the young people to come up with solutions to end abortion so that “we don't have to go to these marches 20 years later,” suggesting at the same time however that “it is by your vote” that they can make the greatest difference.

“Your voice is your vote,” she said.

She quoted Martin Luther King, Jr. to back up her point: “The vote is the most powerful instrument ever devised by man for breaking down injustice and destroying the terrible walls which imprison men because they are different from other men.”

Continued Golob: “And right now all across Canada, unborn children are being aborted. They are being denied their personhood by other groups and individuals. One of the greatest social reformers of our times said that the best way to combat that is by using your vote.”

Golob told the young people that they must understand that politicians are not “these celebrities all up high that we can’t talk to” but that they derive their power from the people who elect them into office and are ultimately accountable to the voter.

“Without us, they don't exist,” she said.

CLC President Jim Hughes told LifeSiteNews, “It’s great to see so many young people from across the country getting politically active behind this cause.”

“Over the years we’ve participated in many wonderful pro-life initiatives. For example, gathering one million signatures for a petition in the 80s or leafletting entire Toronto ridings with literature. Probably the largest was the cross Canada drive for Tom Wappel to be leader of the Federal Liberal Party. CLC has also been involved in many non-political campaigns such as bringing Life Chain to Canada, which has witnessed to millions of passersby over the years.”

Campaign Life Coalition is for the first time in its nearly 40 year history urging citizens concerned about ending abortion to not “support any candidate seeking election under the Liberal Party banner.”

On top of speaking across the nation about bringing justice to the pre-born via political action, the #‎No2Trudeau campaign is distributing one million pieces of campaign literature exposing Justin Trudeau’s position on abortion.

“Whether or not it’s the biggest pro-life event in the history of Canada’s pro-life movement remains to be seen, but it’s certainly exciting and positive,” Hughes said.