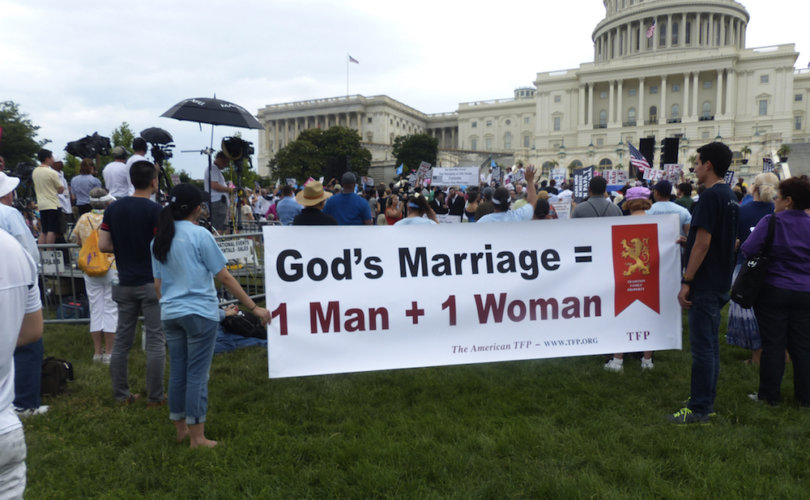 HB-780 explicitly says the U.S. Supreme Court “overstepped its constitutional bounds” in the Obergefell decision and the High Court's ruling is “null and void in the State of North Carolina.”

The bill states that “the State of North Carolina shall henceforth uphold and enforce Section 6 of Article XIV of the North Carolina Constitution.” That section was amended in 2012 to explicitly say “Marriage between one man and one woman is the only domestic legal union that shall be valid or recognized in this State.”

“There are strong constitutional concerns with this legislation given that the U.S. Supreme Court has firmly ruled on the issue, therefore House Bill 780 will be referred to the House Rules Committee and will not be heard,” Moore said in a statement.

HB-780 also quotes the Bible and accuses the nation's highest court of violating “the decree of Almighty God that 'a man shall leave his father and his mother and is united to his wife, and they shall become one flesh' (Genesis 2:24, ESV).”

Equality North Carolina director of Transgender Policy Ames Simmons told CBS, “There’s no way in modern society that a law (like) this would pass.”

Campbell University law professor Greg Wallace opined, “While people legitimately can disagree with the Supreme Court’s gay marriage decision, a state legislature cannot overrule the Supreme Court’s interpretation of the federal constitution. If this bill were to become law, it would be declared unconstitutional.”