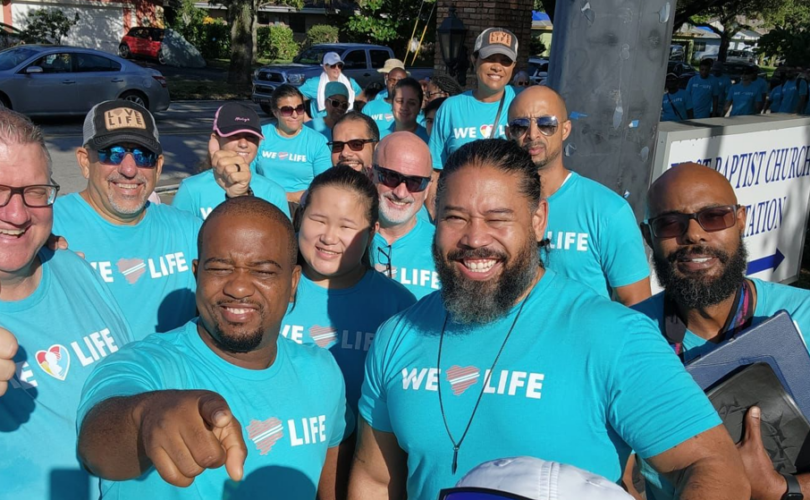 GREENSBORO, North Carolina (LifeSiteNews) — In the final settlement of a 2020 lawsuit, a city in North Carolina has admitted it discriminated against pro-life sidewalk counselors when enforcing COVID-19 regulations.

The city of Greensboro conceded to accusations of violating the First Amendment rights of a group of pro-lifers from the organization Love Life, admitting in a lawsuit settlement that it wrongly arrested members of the group for praying and counseling outside an abortion mill under the guise of enforcing COVID measures.

“In March of 2020, several members of Love Life were arrested in Greensboro, NC for peacefully praying outside an abortion clinic,” the pro-life ministry posted on Twitter. “We are grateful to share that this week the city of Greensboro ruled in our favor and agreed to respect these rights in the future. Praise God!”

In March of 2020, several members of Love Life were arrested in Greensboro, NC for peacefully praying outside an abortion clinic. We are grateful to share that this week the city of Greensboro ruled in our favor and agreed to respect these rights in the future. Praise God! 🙌 💙 pic.twitter.com/1xYFskcKAO

According to the Christian legal group Alliance Defending Freedom (ADF), which represented the pro-life advocates in the case, the settlement included the promise to “uphold citizens’ First Amendment rights in any future proclamation order related to a public-health emergency like COVID-19.”

Because the city admitted fault and agreed to “future protections,” the pro-lifers also “agreed to forgo seeking damages from the city.”

The joint stipulation of dismissal was filed on October 7 and comes several months after Guilford County had agreed in February to pay $15,000 to cover the pro-lifers’ legal expenses, as well as agreeing to protect the group’s First Amendment rights in the future.

The city of Greensboro remained active in the case until this month, when the final settlement was decided.

“Law enforcement officials for the city of Greensboro and Guilford County originally claimed the arrests of the Love Life members in March and April of 2020 were warranted because they violated the county’s emergency proclamation related to COVID-19,” states an October 10 press release from the ADF. “However, Love Life members had carefully adhered to all provisions of the proclamation, only engaging in activities that complied with the county’s order.

“Mindful of the Guilford County COVID-19 proclamation, Love Life ensured that, at all times, fewer than 10 individuals were present in its group, that they were spaced at least six feet apart, and that they were equipped with sanitizer, as required by the social distancing provisions of the proclamation,” explains another release.

Love Life is a pro-life Christian ministry dedicated to “end[ing] abortion and the orphan crisis.” Based in Charlotte, North Carolina, the apostolate seeks to accomplish its goal by sharing the mission with local pastors who in turn teach their communities the truth about abortion and lead them in prayer, fasting, and as witnesses outside abortion clinics.

The group also has a system in place to help churches set up a “House of Refuge” for men and women considering abortion.

While Love Life has won its case, since President Joe Biden took office in 2021, there has been an increase in the number of arrests of pro-life advocates across the country.

Within the past month alone, three Catholics were charged with violations of the federal Freedom to Access Clinic Entrances (FACE) Act, a string of incidents which began with the heavily-armed FBI raid against Mark Houck — a Catholic father of seven — at his rural Pennsylvania home.

A week after the Houck raid, pro-life priest and “Red Rose Rescuer” Fr. Fidelis Moscinski was also arrested and charged, as was pro-life activist and father of 11 Paul Vaughn, after the FBI raided his home earlier this month.