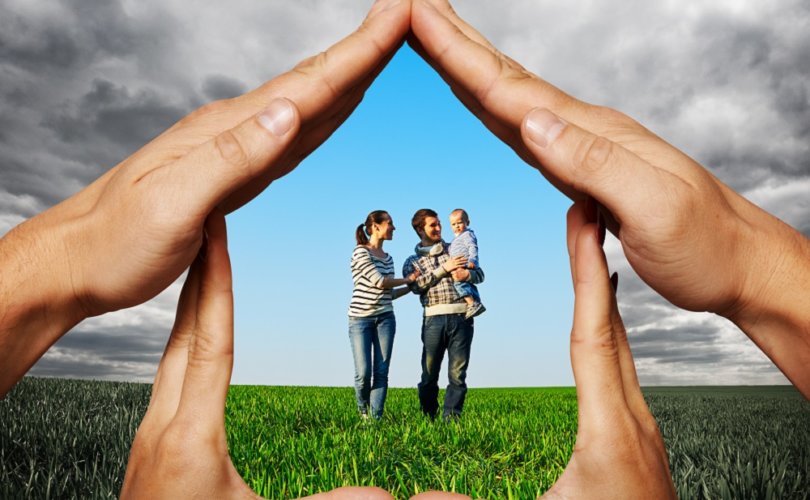 August 20, 2019 (LifeSiteNews) — The standing room only crowd attending the August 19 meeting of the Yadkin County Board of Commissioners in North Carolina erupted in loud cheers as the commissioners passed a resolution to become the first official sanctuary county for pre-born children in America.

The president of Personhood North Carolina, Pastor Keith Pavlansky, declared the passage of this pro-life resolution an historic event and emphasized that the resolution “is the first step in adopting a complete culture of life in our communities.”

The resolution accomplishes some main objectives:

Follow up activities being organized right now by Personhood North Carolina and the local churches and civil society include placing a plaque on the grounds of the county government that commemorates the resolution and serves as a tangible reminder of the commitment made by the people of the county. There are also plans for public town hall meetings to work with the people, churches, and local organizations to find ways to provide support for mothers and fathers of pre-born children so that the county can become a place that truly welcomes and protects the gift of life.

While other counties have passed general pro-life resolutions such as the one passed in Utah County, Utah in June of this year, the Yadkin County NC resolution is unique because it affirms the right of the people to protect the right to life against a tyrannical judiciary.

Sarah Quale, president of Personhood Alliance Education, told LifeSiteNews that the Personhood Alliance is working with all 23 of its affiliate organizations in different ways to create sanctuaries for life across America and develop a training program to help move its Sanctuaries for Life initiative forward. “When you look at a county-by-county map of America, and you see how conservative the vast majority of them are, you realize the enormous opportunity the pro-life movement has. But for almost 50 years, we've completely given our power away and trusted politicians and judges to end the injustice of abortion. After all this time, shouldn't we be further along?” asks Mrs. Quale. “There are hundreds of counties like Yadkin and thousands of towns and municipalities with good Christian people who want to stand up and do something impactful and eternal. The only reason abortion is still legal in the United States and still culturally accepted under the auspices of choice, rights, and healthcare is because we have allowed it to be so. It's time for us to change that.”

But are Sanctuaries for Life constitutional?

Skeptics of the “sanctuary city movement” point to the doctrines of federal and judicial supremacy and warn that sanctuary municipalities will have to shoulder the heavy burden of costly lawsuits. But attorney Gualberto Garcia Jones, Esq., president of the Personhood Alliance, believes that Sanctuaries for Life are constitutional. “Look at the 1977 opinion of Poelker v. Doe, a case in which the Supreme Court held that the Constitution does not forbid a state or city, pursuant to democratic processes, from expressing a preference for normal childbirth instead of abortion. The Supreme Court also decided in the 1989 case of Webster v. Reproductive Health Services that Roe imposes no limitation on a state's authority to make a value judgment favoring childbirth over abortion.” Mr. Garcia Jones continues. “In this first stage of the Personhood Alliance's three-step strategy, the sanctuary cities and counties are just making a bold statement. There is nothing the courts can do to stop it, and that's the beauty of the three steps. We are picking where and when to fight our battles. The 'where' is in conservative municipalities in which we are strong, and the 'when' is after we have created and strengthened a local community of support that refuses to tolerate abortion.”

As explained on the Personhood Alliance website, the Sanctuaries for Life initiative consists of an initial resolution phase; a community-building, education, and preparation phase; and a final step that prohibits abortion within the local jurisdiction, regardless of what happens to Roe v. Wade.

“It is going to take time for communities to build connections and learn to invest in a culture of life again, but there isn't a moment to lose,” stated Mrs. Quale. “Our communities are breaking under the weight of all the intentional political division forced upon us every day. We've forgotten, and in some ways, even denied our need for real human relationships. This is why the fight to defend the sanctity of life is the Church's battle, and this is why we are so excited about the courage and leadership shown by the people of Yadkin County and our affiliate, Personhood North Carolina.”

In Yadkin County, Pastor Keith Pavlansky is working with local communities to begin the next phase of the Sanctuaries for Life project. “As the resolution states, the County Board of Commissioners will be reaching out to activate the community to come together to provide care and support for expectant moms and dads, before and after their children are born. I am especially excited to activate the churches to step up to the plate and do what Christians have done from the earliest days — to do as Jesus commanded and love our neighbor as ourselves. I am convinced that when the community steps up, we can make abortion unthinkable and finally obsolete.”

In the past year, several cities have independently passed resolutions declaring themselves to be sanctuaries cities against abortion. For example, in June, the town of Waskom, Texas, declared itself to be a sanctuary city, and in March, the city of Roswell, New Mexico also declared itself a sanctuary city. The Personhood Alliance tells LifeSiteNews that, as part of its three-phased Sanctuaries for Life initiative, half a dozen of its state affiliates already have resolutions in the works in one or more cities and counties.

“The emergence of the Left's strategy of sanctuary cities for illegal immigration and the marijuana industry's successful open defiance of federal drug laws must be a wake-up call to pro-lifers,” stated Mr. Garcia Jones. “We have to stop bowing down to a judiciary that has substituted pro-abortion ideology for the Constitution. To openly challenge the injustice of abortion is not a call to anarchy, but instead, it is a return to law and order in America.”

For more information on the Personhood Alliance's Sanctuaries for Life initiative, visit SanctuaryCityforLife.org.

Update August 20, 2019, 2:00 PM EST: This report includes updated information about the resolutions that were actually passed by the Yadkin County Board of Commissioners. It now includes follow up activities being organized by Personhood North Carolina and the local churches and civil society. It also includes a note about a similar pro-life resolution being passed in Utah.