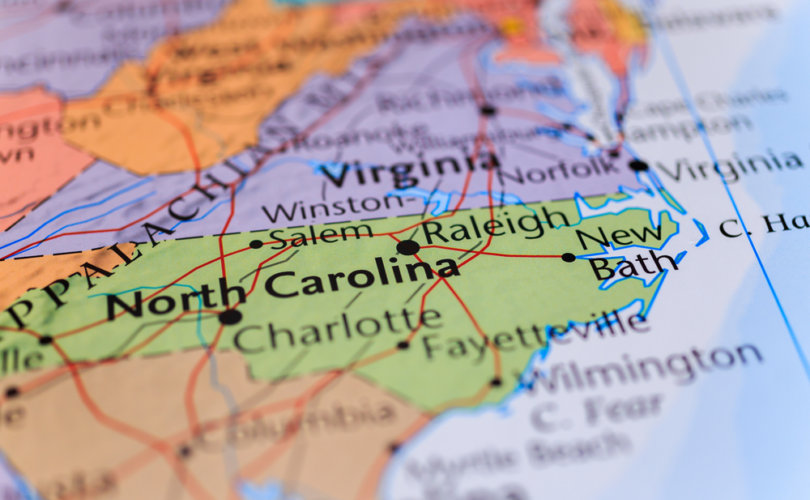 (Personhood Alliance) — On Tuesday, November 2, 2021, Wilkes County, North Carolina, commissioners voted unanimously to protect pre-born children from abortion as part of the Personhood Alliance’s Safe Cities and Counties initiative, becoming the third county in the nation to do so. This was the first step in a unique three-phased approach that empowers citizens to take control at the local level and peacefully defy the unjust ruling of Roe v. Wade.

Tuesday night, families and local community leaders packed the Wilkes County commissioner’s meeting. There was excitement and anticipation in the room as they waited to begin. The commissioners did not disappoint — voting unanimously in favor of the Resolution for Life, the first of three steps in the Personhood Alliance’s Safe Cities and Counties initiative. The resolution was the culmination of months of work among 30 churches, representing 7 different denominations throughout the county. Pastor David Dyer, of Fairplains Baptist Church had this to say:

This resolution represents the deeply held convictions of thousands of citizens in Wilkes County. Men and women from across this county have signed their names in support of this effort to declare that a child in the womb has equal value to you and to us.

Pastor Keith Pavlansky, president of Personhood North Carolina, who has championed Safe County efforts across the state, describes how the Safe County initiative in Wilkes County got off the ground.

I attended a community tent meeting in Wilkes this summer. About 17 pastors there were united in their desire to see revival. I met with one of the leaders, Pastor David Dyer of Fairplains Baptist Church, and he coordinated with the other pastors. They all committed to contact the county commissioners to show support for the resolution. They also organized a signature gathering drive to help spread the word and build momentum. The passage of this Safe County resolution is the culmination of several months of work and prayer.

The newly approved resolution is the first step in ending abortion in Wilkes County. The resolution declares Wilkes County to be a “strong advocate for life” and urges its citizens to “promote and defend the unalienable right to life” and the “inherent dignity of all human beings, including the unborn” through “all stages of development.” It also lays out the legal and moral foundations for why citizens are choosing to become a Safe County.

Now, like Yadkin and Davie counties before them, Wilkes County is ready to move into the second step, which builds on the first, by creating a coalition of local churches, businesses, pro-life ministries, and city/county government to engage in specific, tangible actions that build and sustain a culture of life and create a groundswell for state-level political change. The emphasis of this step is education, community-building, and preparing local authorities for the boldness to come.

Once Wilkes County has matured in its embrace of a culture of life and is prepared for challenges, it will be ready for step three. In this final step, the community passes local ordinances and statutes that prevent abortions from being performed or funded within their jurisdiction. This step requires a strong, educated community that is able to defend its position politically, legally, and morally so it can peacefully defy judicial tyranny and the unjust ruling of Roe v. Wade.

This strategic approach promotes sustainable growth of the Safe Cities and Counties movement because it protects communities from the legal challenges that burden and often derail ordinance-first and ordinance-only methods. And unlike other sanctuary city efforts, this strategy does not wait for Roe v Wade to be overturned, focus solely on civil lawsuits for enforcement, or exempt any human beings from protection. Most importantly, the Safe Cities and Counties strategy empowers the Church to reclaim its mission and share the Gospel – which has historically been the catalyst to end the greatest injustices known to mankind.

Be part of a growing movement

Eleven cities in Mississippi and three counties in North Carolina have now completed Phase 1 of our Safe Cities and Counties initiative. Six more states are actively pursuing Phase 1, and more communities are getting involved every day. This is a true grassroots effort that is beginning to catch fire!

Personhood Alliance Education is developing a comprehensive training and support program to assist towns, counties, and states across the nation in becoming Safe. We are also working diligently to create the educational resources necessary to support Wilkes County and our other Safe Cities and Counties as they move into phases 2 and 3.

Deborah Stilt is the vice president of Personhood Alliance Education and the social media coordinator for the Personhood Alliance. She has been active in pro-life media and foster care advocacy for several years. But most importantly, she’s a California mom who is fighting against the lies of the culture and for the protection of every human being without exception.