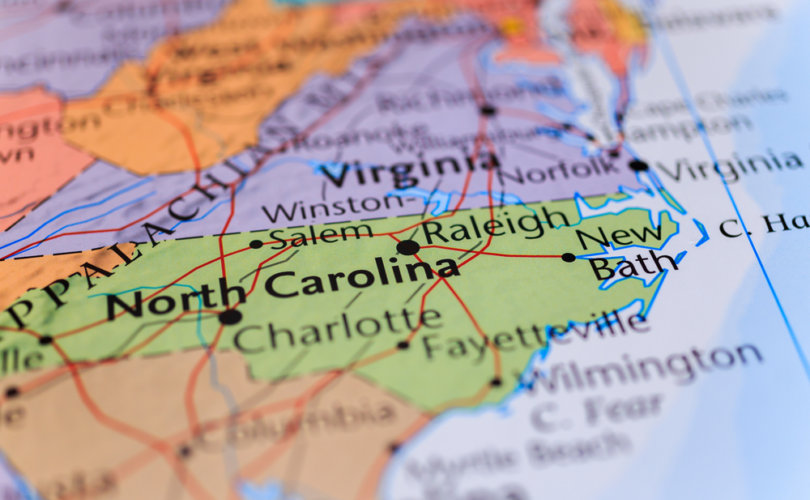 HENDERSONVILLE, North Carolina (LifeSiteNews) — Community leaders in Henderson County, North Carolina, voted Monday to support a “Heartbeat Bill” for the protection of unborn babies in the womb ahead of a vote for pro-life legislation at the state’s General Assembly.

The Henderson County board of commissioners unanimously supported the Detected Heartbeat/Prohibit Abortion Act (or House Bill 31) which would outlaw abortion within the state after the detection of cardiac activity in an unborn child, effectively making abortion illegal after around six weeks of pregnancy.

The commission’s resolution made reference to the 27,400 babies killed by abortion on average each year in North Carolina, “many of which occur after the development of a heartbeat.”

ABC 13 reported that a gathered crowd burst into applause as the chamber voted in favor of protecting the life of the unborn Monday night. County commission vice chair Rebecca McCall said that the opinion of the commission echoes that of neighboring districts throughout the state, many of which have passed similar resolutions to protect babies once a heartbeat can be found.

“It shows people where our position is, and, if more get behind a resolution, then it could possibly make a difference,” McCall noted, adding that “[t]he baby doesn’t have a chance, so somebody needs to look out for the baby.”

The resolution passed by the commission affirms that “the presence of a heartbeat is a universal and scientific accepted indicator that life does exist” and noted that “a living person is legally recognized as existing from the time a heartbeat is detected even if the person is unborn.”

Continuing, the resolution invoked the Fourteenth Amendment, by which “‘life, liberty, and property’ as well as equal protection under the law” are secured. On the basis that “Constitutional protections should be guaranteed to every living person, including the unborn, that are unable to express or defend themselves,” the board endorsed the passage of the bill.

The resolution received backlash from county Democrats, with local Democrat Party Chair Cindy Ellis characterizing the new legislation as “nothing but posturing on the commission’s part.”

“It’s an issue that has nothing to do with county business or governance,” Ellis criticized, adding that the chamber “is taking a stance on an issue that is divisive amongst their constituency.”

“This resolution is nothing but a political show to drum up support among the Republican base on an issue that does not affect Henderson County,” she said.

McCall countered Ellis on the importance of the bill to the county, given that protecting the life of the unborn affects every family in the nation.

House Bill 31 is currently making its way through the North Carolina General Assembly and while it has support from Henderson County and at least five other North Carolina counties, the bill faces opposition from the Democrat Gov. Roy Cooper, who has previously vetoed attempts to introduce pro-life legislation.

As things stand, Texas is the first and only U.S. state to have enacted legislation protecting the life of the unborn after the development of a heartbeat, winning all legal challenges so far. Following the success of the bill in Texas, which led to around a 50 percent drop in abortions in its first month, similar legislation has been proposed in other states, including Missouri, Florida, and Ohio.

President Joe Biden has challenged the Texas law at the Supreme Court, but so far the court has declined to overturn the pro-life legislation.

Around 43 American cities have enacted ordinances, enforceable by law, which ban abortion after the detection of fetal cardiac activity, becoming “sanctuary cities for the unborn.”