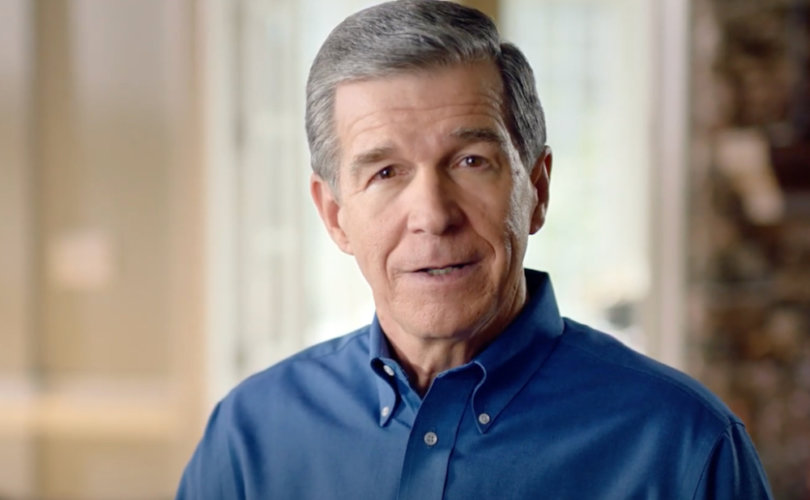 Provisions of the order include having cabinet agencies protect abortion providers and seekers from criminal liabilities and protecting them from extradition, insofar as North Carolina and federal law will allow.

The order does not change North Carolina law. Measures of the order state that cabinet agencies and the governor’s office “should coordinate with each other and pursue opportunities to protect people or entities who are providing, assisting, seeking or obtaining lawful reproductive health care services in North Carolina.”

Measures further stipulate that cabinet agencies may not require pregnant employees to travel into states with abortion bans that do not exclude health protections for the mother. The order also forbids cabinet agencies from helping other states to investigate out-of-state visitors to North Carolina who may have had an abortion in the state, and prevents the governor from helping extradite those who provided or sought an abortion providers in the state.

In a press conference Wednesday Cooper said that the order was a result of the Supreme Court’s ruling in Dobbs v. Jackson Women’s Health, which overturned Roe. “The Supreme Court ripped away the constitutional right to reproductive freedom that women have relied on for five decades,” said Cooper.

For now, it’s up to the states to determine whether women get reproductive health care, and in North Carolina they still can, thanks to my veto and enough legislative votes to sustain it. I am determined to keep it that way and people need to know that their votes in state legislative races this November will determine the fate of women’s health and freedom in our state.

In his statement, Cooper said that Planned Parenthood South Atlantic statistics indicate that a third of all abortions scheduled in the state were for out-of-state mothers. “That means there are projected to be at least 10,000 people coming to North Carolina to access reproductive health care services, mostly from states with bans and tighter restrictions,” the statement reads.

“These are just numbers from Planned Parenthood, and do not include estimates from the state’s other trusted providers,” the statement added.

Cooper participated in a virtual meeting with President Joe Biden and several other Democrat governors last week to discuss abortion. During the meeting, he promised to use his veto power to protect abortion in his state.

Current North Carolina law bans abortion after 20 weeks and calls for a three-day waiting period before obtaining an abortion. While this law was blocked in 2019, the ruling could be overturned in the near future, according to the News and Observer. Both houses of the North Carolina legislature are majority Republican, though the party is three votes shy of a supermajority in the House and two in the Senate to overturn Cooper’s veto on pro-life laws.

House Speaker Tim Moore told reporters shortly after the release of the Dobbs decision that the house is expected to introduce pro-life legislation following the November elections. The Republicans hope to win enough votes to gain a supermajority to override Cooper’s veto. Cooper is set to remain in office until 2025.

Also on Wednesday, the governor of Colorado, Jared Polis, signed an executive order similar to that issued by Republican Massachusetts governor Charlie Baker last month, which gave protections to abortion providers and seekers from civil and criminal liabilities, and forbade state agencies to assist out-of-state investigations of abortion tourists for abortions obtained in the state.

About 46 abortion facilities have closed since the Supreme Court issued the Dobbs ruling, which allowed state trigger laws to take effect. Among the facilities closed is Jackson Women’s Health, which was at the center of the ruling, and which wash was Mississippi’s last abortion facility. At least eleven states have enacted trigger laws banning abortion after the release of Dobbs. Other states are expected to follow suit.