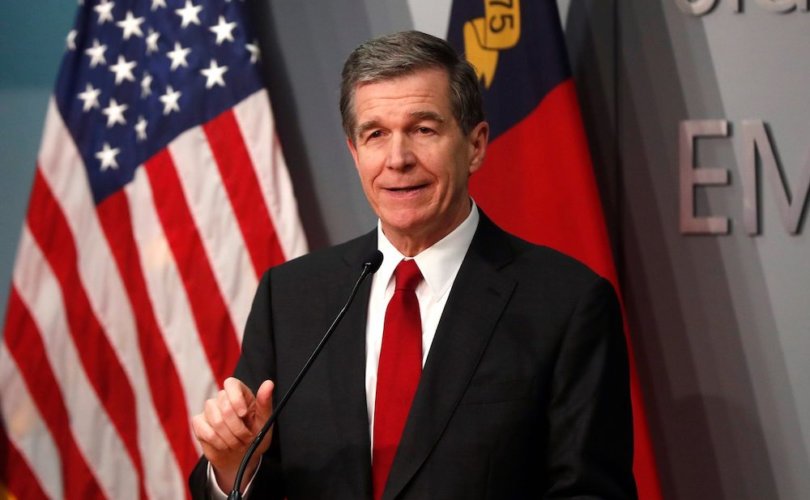 RALEIGH, North Carolina, June 25, 2021 (LifeSiteNews) — North Carolina Gov. Roy Cooper (D) has vetoed legislation that would bar women from having abortions based on the race, sex, or potential genetic abnormality of her preborn baby.

House Bill 453 would “prohibit the practice of abortion for the purpose of terminating the life of an unborn child because of that child’s race, sex, or the presence or presumed presence of a genetic abnormality like Down syndrome.”

But the state’s Democratic governor vetoed the legislation and said it would interfere in decisions between a woman and her doctor.

“This bill gives the government control over what happens and what is said in the exam room between a woman and a doctor,” the pro-abortion governor said, adding it presents “unprecedented government intrusion” and “damages the doctor-patient relationship.”

“It is unfortunate that Governor Cooper missed this opportunity to protect our precious preborn babies who have Down syndrome,” Julie Emmons, the vice president of NC Values Coalition, said in a news release. “Every single person — regardless of how many chromosomes they have — has inherent dignity, worth, and unlimited potential.”

“North Carolina should be a state where differences are celebrated and all babies are welcome,” Emmon said. “We encourage members of the North Carolina General Assembly to embrace Life and ensure that this legislation becomes law.”

“Saving unborn babies who have been diagnosed with Down Syndrome from being targeted for selective abortion based solely on their disability prevents discrimination,” said Tami Fitzgerald, the group’s president. “Ending that kind of discrimination based on a disability is most certainly not an ‘unprecedented government intrusion.’”

A federal court has upheld a similar law in Ohio.