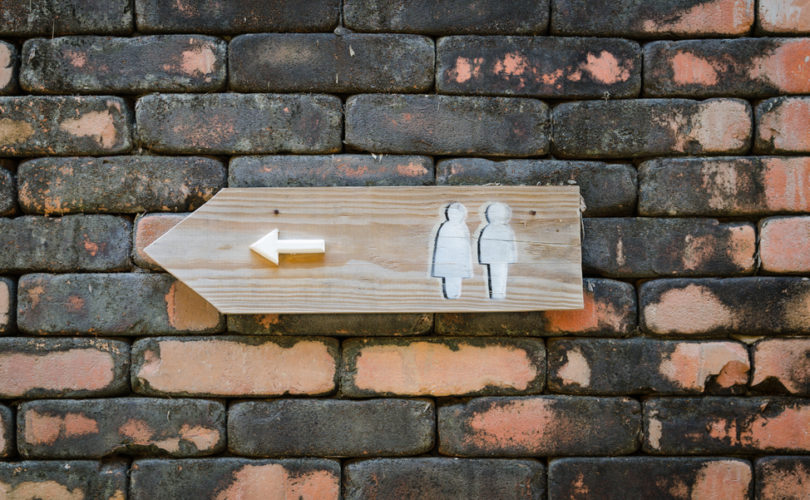 RALEIGH, North Carolina, December 22, 2016 (LifeSiteNews) — North Carolina’s much-criticized bathroom privacy bill, HB2, was nearly repealed this week at the instigation of the LGBT lobby, but the effort failed in the end.

Incoming Democratic Governor-elect Roy Cooper worked out a “compromise” between Republicans who wanted to keep separate men's and women's intimate facilities and Democrats who wanted to create transgender and unisex bathrooms in schools and public buildings. GOP legislators, who control the General Assembly by commanding margins, would repeal HB2 in exchange for the city of Charlotte repealing its law forcing transgender bathrooms — the ordinance that led to HB2 last February.

Outgoing Republican Governor Pat McCrory, who lost by less than 10,000 votes to Cooper in November, agreed to call a special legislative session to vote on the repeal of HB2.

However, the same day they repealed their ordinance, the Charlotte city council issued a statement promising to simply pass the same ordinance again once the state repealed HB2. Additionally, the city council did not repeal its pro-transgender law entirely. They left in “sexual orientation” and “gender identity” anti-discrimination requirements for state contractors.

“The City of Charlotte is deeply dedicated to protecting the rights of all people from discrimination and, with House Bill 2 repealed, will be able to pursue that priority for our community,” council members promised in a statement. Durham city council members also promised to quickly pass transgender bathroom bills as soon as HB2 was repealed.

Pro-marriage and pro-family lawmakers called that a deal breaker and balked at the repeal of HB2.

So Charlotte held another meeting Wednesday morning and repealed the entire city ordinance which had originally prompted HB2, unconditionally.

Repeal was back on, temporarily.

“No economic, political or ideological pressure can convince me that what is wrong is right,” Lt. Gov. Dan Forest said in a statement early Wednesday. “It will always be wrong for men to have access to women's showers and bathrooms.”

To make sure Charlotte and other cities kept their end of the bargain in good faith, Republicans included in their repeal legislation a six-month temporary hold on any governing body “enact[ing] or amend[ing] an ordinance” regulating access to public showers or restrooms.

Pro-homosexual and pro-transgender lawmakers, in turn, called that a deal breaker.

As a last-ditch effort in a very tense special session Wednesday night, Senate President Pro Tempore Phil Berger, a Republican, suggested having two votes: one on the repeal of HB2 and one on the Republican-proposed six-month hold on new laws.

“Roy Cooper and Senate Democrats killed the repeal,” Berger said.  “Their action (in not agreeing to a six month hold on new transgender bathroom laws) proves they only wanted a repeal in order to force radical social engineering and shared bathrooms across North Carolina, at the expense of our state’s families, our reputation and our economy.”

Cooper expressed indignation. “I'm disappointed that we did not remove the stain on our great state,” he said.

North Carolina Values Coaltion's Tami Fitzgerald said the majority of GOP legislators did the right thing by turning down repeal, “stopping the move to cower and cave in to the City of Charlotte and the Human Rights Campaign.”

North Carolina has been embroiled in controversy all year over Charlotte's transgender bathroom ordinance and HB2, which overruled it.

The nation joined the fray after HB2 was signed into law in March, with high-profile businesses like Google and Apple seeking to pressure the state to repeal the gender-separate law.  Bruce Springsteen, Cirque du Soleil, Pearl Jam, and Ringo Starr cancelled shows, the NBA removed its All-Star Game, the NCAA relocated seven championship games, and PayPal and Deutsche Bank nixed plans to expand in the state.