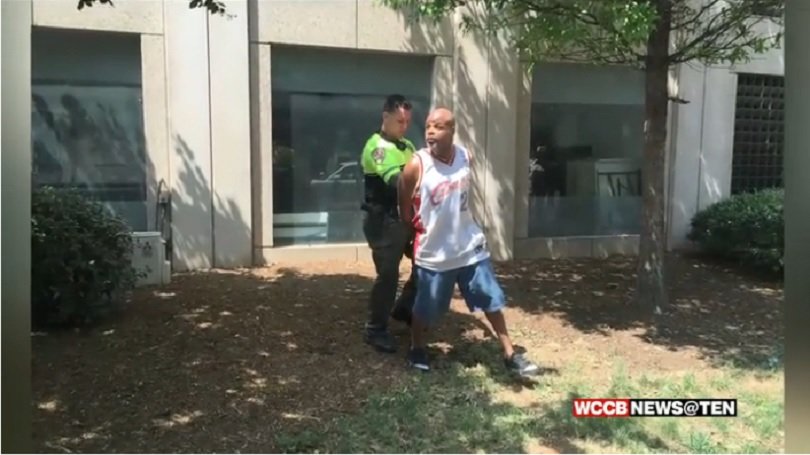 CHARLOTTE, July 6, 2016 (LifeSiteNews) – A North Carolina woman says she fears for the safety of herself and other women in her state after a man reportedly entered the women's restroom of a popular Charlotte restaurant and fondled himself.

On Sunday, the woman said she was using the women's restroom at the 7th Street Public Market when she saw an obviously masculine foot in the stall next to her.

Then she noticed a male voice moaning.

“He was playing with himself,” she told WCCB-TV with obvious hesitation.

Her husband said that he chased the man down the street, asking, “Sir, what were you doing in the stall next to my wife, in the women’s bathroom?”

“He said that he was looking for his daughter,” the husband said.

Local police arrested a man for indecent exposure that morning, whom the husband identified as the man in question.

The event comes as the state is embroiled in a national controversy over the state's resistance to opening restrooms and private facilities to members of the opposite sex.

“As a mother of a 10-month-old daughter, it makes me nervous, for myself, for her, for anyone,” the woman told local media.

Two days after the incident, the Obama administration filed a second lawsuit to overturn the state's law requiring people to use the restroom that corresponds with the sex listed on their birth certificate.

In a 70-page legal complaint, the Justice Department argued that H.B. 2 would add no protections to women from would-be predators or rapists entering their restrooms, because sexual assault is already illegal.

But the woman's husband disagrees. “I feel like there should definitely be stricter rules or stricter laws that protect women and children who want to just go to the bathroom in peace,” he said.