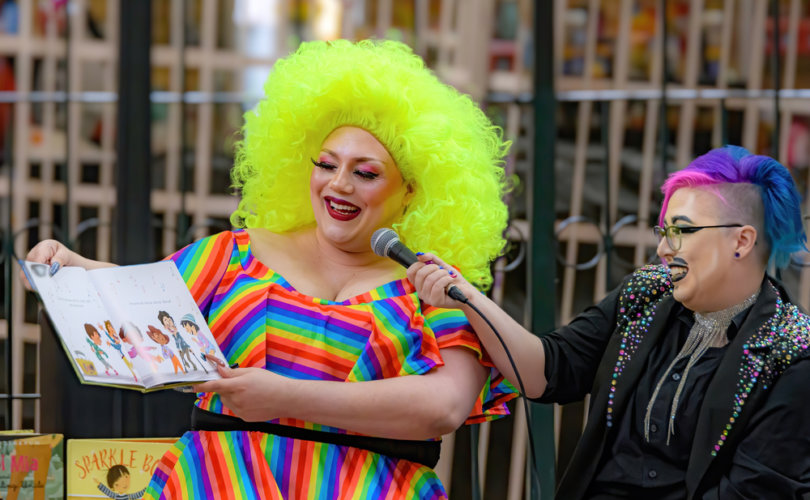 APEX, North Carolina (LifeSiteNews) – A “Drag Queen Story Hour” for children, planned as part of “LGBT Pride” celebrations, has been canceled by the mayor of a North Carolina city following public backlash against the event.

Mayor Jacques K. Gilbert of Apex, North Carolina, announced Saturday through a Facebook post that a drag performer-led reading session, originally planned as part of the “Apex Pride Festival,” would no longer be included on the itinerary owing to “feedback I have received from citizens,” the mayor wrote.

The Mayor of Apex, NC announced that the drag queen part of the pride event has been cancelled after “feedback received from citizens” https://t.co/KTjxANksa6 pic.twitter.com/p8pa3ywZQh

The mayor also noted that the story hour had not been “originally presented when the event was proposed.”

After sharing the citizens’ concerns with “representatives from the organization hosting the event,” Gilbert said that “the Apex Festival Commission has taken the feedback into careful consideration and has decided to remove the Drag Queen Story Hour from the event.”

No details of the feedback were offered; however, commenting on the mayor’s post, Apex Town Council member Audra Killingsworth said that the council received “many emails … complaining about the drag story hour event,” citing some “violent threats” as the reason behind pulling the event.

Killingsworth said she was “disappointed and frustrated” to learn of the cancellation.

Despite the story hour being canceled, games and shows are still slated to take place at a “Kids Zone” in the Apex Town Hall campus at Saturday’s “Pride” fest.

In response to Drag Queen Story Hour being pulled, Apex Pride co-founder DeAnna Conard told CBS 17 that though seemingly a small part of the planned events, the story hour is “very important,” since it “really resonates and involves the children that come.”

“Drag story hour is extremely popular; our children love it, and their friends love it,” Conard claimed.

In comments on the mayor’s Facebook announcement, Conard noted that while the story hour may have been canceled, drag performances will still be carried out on the main stage at the venue and that performers have agreed to circumvent the ruling by reading the materials to children directly from the stage.

“While the decision was made against our will to pull the drag story program from the kids area, this wonderful activity is so important to our Drag guests that they will be taking breaks from their performances to read to children from the stage,” Conard explained.

Concerned parents also took to the comments, with one asking for the event organizers to clarify what materials will be read to children, questioning whether they would be “inappropriate and maybe pornographic.”

LifeSiteNews reached out to the local Drag Queen Story Hour chapter for comment but did not immediately receive a reply.